To become a strong fighter and a better person.

Sean Matsuda, his sister Laura, and brother Fabio were born in Brazil, though their father (Yuichiro Matsuda) and paternal grandfather (Kinjiro Matsuda) were Japanese (hence the surname). The siblings' mother Brenda is Brazilian and Sean has two maternal cousins (Enzo and Manuela Da Silva) who practice capoeira.

A keen basketball player, his main pastime is martial arts. At some point, Sean saw veteran World Warrior Ken Mastersin action at the U.S. Martial Arts Tournament and swore to become his pupil. While Laura was trained by Kinjiro in the art of the family's Matsuda Jiu-Jitsu, its currently unknown if Sean was ever trained by their grandfather before he left (after the events of A Shadow Falls) to find Ken.

Sean approached Ken on numerous occasions and asked to be trained by him, but Ken declined. Sean then entered the third World Warrior tournament is to prove that he is a worthy student, but was again unsuccessful and was defeated by Ken himself. Ken found Sean to be a nuisance, and instructed him to search for Ryu and not return until he has found and defeated him. Sean eventually found Ryu and challenged him, but was easily defeated and was badly injured. After recovering from his injuries, he spends an entire year training by himself.

Later, Sean entered the U.S Martial Arts tournament to prove to Ken that he has become stronger. However, Sean lost during the qualifying rounds in front of Ken. Ken told him he lacks the discipline and experience necessary to become a true street fighter. Ken finally showed him a few moves, alongside his son, Mel. Sean's extended family includes his older sister, Laura, his older brother, Fabio, his grandfather Kinjiro, his father Yuichiro, and his mother Brenda. 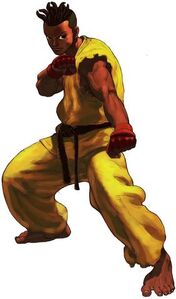 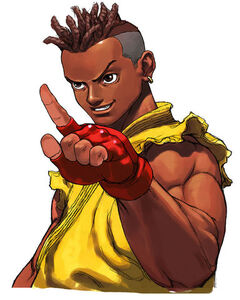 Sean as he appears in Street Fighter: 3rd Strike 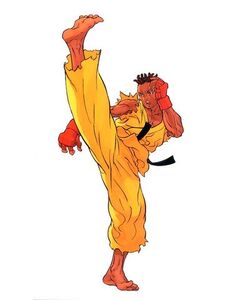 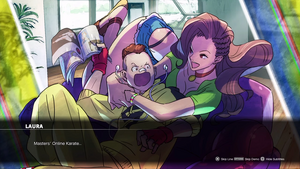 Sean with his sister, Laura Matsuda 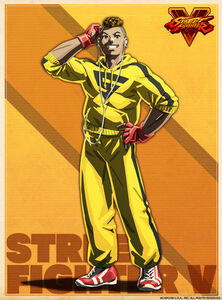