To Find the Truth Behind the Murders, To Save Sunako from Being Killed

Seishin Muroi is one of the main characters in the anime/manga series, Shiki.

Seishin is the local priest in Sotoba, as well as an author in writing novels. His latest work is called Shiki, which translated in English is called Corpse Demon. He has a sense of the supernatural and detects the presence of the real "Shiki." He isa childhood friend of Toshio Ozaki and Mikiyasu Yasumori. He is 32-years-old single man who once attempted to commit suicide in a drunken state during his university days.

Seishin is a bespectacled young man with a fair complexion, neat, silver hair combed out of his eyes and glistening emerald green eyes. He is always seen in his traditional priest robe which is colored black . As a jinrou, his eyes loses their light glint and glow red when in the dark.

Seishin is the opposite of his friend, Toshio . While Toshio is a bold and arrogant man, Seishin is a quiet and spiritual man, just like their respective occupation as a doctor and priest. He is a polite, sweet, kind and respectful man to the people of Sotoba as he always greets them and is more calm, composed and patient compare to Toshio as he rarely gets angry. Though secretly, he holds a bleak view on life as in truth, he hated the village and finds that he could not escape as people expect him to be a monk when he doesn't want to. This enables him to open up and get along well with Sunako, whom he enjoys talking to and her company, even when he comes to know her true nature as a Shiki.

It took him more time to accept the existence of the Shikis than Toshio, but even after he accepts their existence, unlike Toshio, he doesn't take a stance against them as he was confuse on what he should and what he wanted to do. However, he has his own morals and sense of justice as he was horrified at the sight of Toshio's staked wife and refuses to call killing justice as it was no different from murder. It was after his father disappeared and became a Shiki himself, that he decided to join the Shikis and during the Shiki extermination, he comforts and protects Sunako.

After he becomes a jinrou, he is more violent and assertive, as he kills Ookawa in cold-blood in order to save Sunako.

He befriends Sunako Kirishiki during her nightly visits to his place. Although he eventually comes to discover the nature of the deaths in the village like Ozaki Toshio, unlike Toshio, Seishin refuses to take actions against the Kirishiki family.

Resurrection as a Jinrou and The End

After his father turns in to the Shikis and becomes a Shiki himself, Seishin willingly visits the Kirishiki household and gets bitten by Sunako. At the end of series, he becomes a jinrou - and saves Sunako from "death." 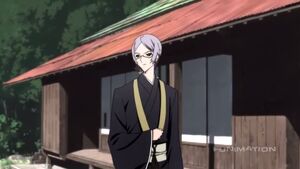 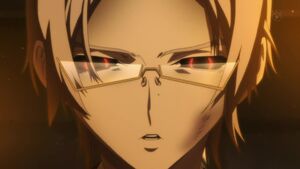 Seishin after reviving as a Jinrou.
Add a photo to this gallery

Retrieved from "https://hero.fandom.com/wiki/Seishin_Muroi?oldid=2195102"
Community content is available under CC-BY-SA unless otherwise noted.