Sela trained as a martial artist alongside Leo. At one point, the two of them faced-off in a tournament which ended with Sela defeating Leo as a result of him purposely not giving his all against her, thus throwing the fight, due to his chivalrous belief that the duty of a man is to protect girls and not fight them. Sela would resent Leo for doing this as it rendered her win an empty victory.

Sela consoled Tusk, who had grown frustrated with Leo and Amu's complacency to the point of scolding them, suggesting that while being in the right, there may a better way of getting his point across. Tusk understood Sela's sentiment, but would find executing it easier said than done.

Coming to the Human World

One day while guarding the Link Cube, Sela and the other three Zyumans were shocked to find not only the Link Cube active, but a human, Yamato Kazakiri emerging from it. While interrogating the foreigner, the Link Cube began acting strangely, and the panicking Yamato activated it, unintentionally dragging the four Zyumans along with him. The five arrived in the human world to see a forest being ravaged by the Deathgaliens. Enraged, the Zyumans used the King's Credentials to become the Zyuohgers, in Sela's case Zyuoh Shark. Fighting alongside Yamato (who somehow managed to become a Zyuohger as well), all five fought off the invaders.

However, when they returned to the Link Cube, one of the King's Credentials was missing. Yamato offered a place to sleep for the Zyumans, which everyone but Tusk accepted immediately (he would have a change of heart the next day). The Credentials also granted the Zyumans human disguises, helping them blend in. 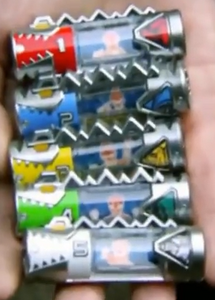 Retrieved from "https://hero.fandom.com/wiki/Sela?oldid=1718039"
Community content is available under CC-BY-SA unless otherwise noted.