Gangster
Member of the Sirens

Try and survive on the mean streets of Gotham.

Help Bruce Wayne out anyway she can.

Selina Kyle, also known as Cat, is a character in the TV Show Gotham and is the incarnation of the DC Comics character Catwoman. She appears as the anti-heroine and supporting protagonist of the series.

Selina is a street orphan who witnesses the murder of Bruce Wayne's parents Thomas and Martha Wayne. She later becomes his friend and is embroiled in his quest to find the truth behind his parents' murder. 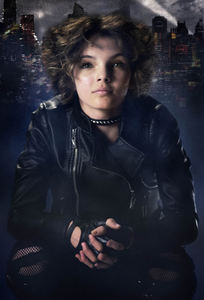 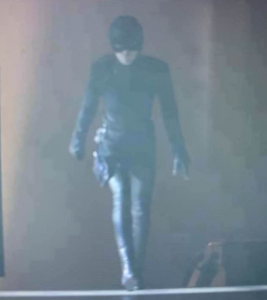 Retrieved from "https://hero.fandom.com/wiki/Selina_Kyle_(Gotham)?oldid=1863115"
Community content is available under CC-BY-SA unless otherwise noted.