Sen Tokugawa is Muneakira's childhood friend and the eldest daughter of the Tokugawa Shogunate. She seems to have feelings for Muneakira, and acts very much like a tsundere towards him. She is a self-proclaimed spoiled princess and always seeks to get her way regarding any decision she wants to make. She gets extremely jealous of any girl who tries to get close to Muneakira, and generally acts upon this jealousy by flying into a rage, like when Jubei kissed him in front of her and later had him wear a series of full oni helmets, one resembling Jagi from Hokuto no ken so he could "reflect" at what the kiss he shared with Yukimura. Later, she reveals her true feelings to Muneakira and kisses him, thus becoming his third Master Samurai. Her weapon is a naginata decorated near the blade, and her transformation phrase is "Tenga Ryūrei", which means "Elegant Beauty". Sen's attacks usually revolve around thunder or lightning.

She is voiced by Minako Kotobuki in the Japanese version, and by Luci Christian in the English version. 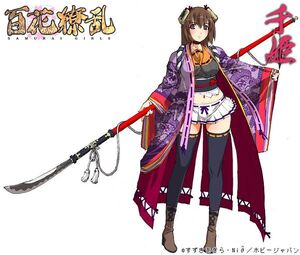 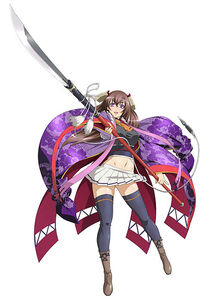 Add a photo to this gallery
Retrieved from "https://hero.fandom.com/wiki/Sen_Tokugawa?oldid=2084350"
Community content is available under CC-BY-SA unless otherwise noted.