The Sentry (real name Robert "Bob" Reynolds) is a fictional character and superhero in Marvel Comics and its universe. Originally a meth addict, Reynolds consumed the Golden Sentry Serum, a serum to replicate and be better than the Super Soldier Serum, and gained superhuman powers.

Sentry became a respected superhero by civilians and other heroes, and is considered one of the most powerful beings in Marvel and its universe. He's also an ally of many superheroes, such as Iron Man, Doctor Strange, and the Fantastic Four, and later became a member of the Mighty Avengers, the New Avengers, and the Dark Avengers.

The character Sentry was created by Paul Jenkins, Jae Lee and Rick Veitch, and first appeared in Sentry # 1 in September of 2000.

A man named Robert "Bob" Reynolds drank a chemical formula made from the DNA of a cosmic entity, which give him "the power of a million suns", giving him super-strength, super-speed, invulnerability, the ability to shoot solar beams, and the ability to fly. With these powers, he quickly become of the greatest superheroes in the Marvel Universe, loved and respected by both civilians and his fellow superheroes.

However, he often has to deal with a dark entity known as the Void that often tries to take over his body and use it for evil, leading the Sentry on a constant struggle to keep the Void at bay. The Sentry used to be active in the 50s and 60s, before wiping everyone's mind of his existance and resurfacing in the present day.

Robert "Bob" Reynolds is the son of unnamed parents, and later became a meth addict in his youth before becoming the superhero known as the Sentry. One day, Robert broke into a laboratory of Professor Cornelius and consumed the Golden Sentry Serum, a recreation of the Super Soldier Serum that was made to magnify the physiology whoever drank the compound. Upon drinking it, Reynolds gained the power of a million exploding suns, which killed his partner and the lab guards.

Robert asked Professor Cornelius to make more compounds for him, and the heads of Project: Sentry persuaded Reynolds to test his powers at their facility. Despite this, Robert desired to become a hero, and after dealing with his former school bully, created a costume and named himself Sentry.

During the early days of his career, Sentry was optimistic and was accepted by others as a hero in a time where most superheroes were disrespected for their freakish powers. Sentry became an ally of Iron Man, Hulk, Spider-Man (being a role model for Peter Parker), Professor X, the Fantastic Four (becoming an equal to Mr. Fantastic), and the X-Men. 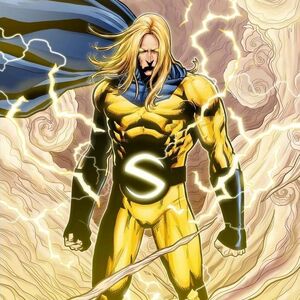 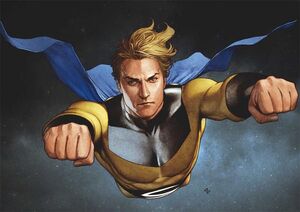 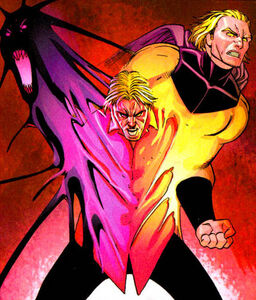 Robert Reynolds with The Sentry and The Void.