Manipulate John Cena into bringing the Authority back (formerly; succeeded).

Seth Rollins is a professional wrestler in WWE, a former WWE World Heavyweight Champion and a member of The Authority. He was one of the main antagonists of WWE due to his arrogance and being self-centered which caused him to be disliked by certain WWE superstars. He is a former member of the villainous turned heroic faction The Shield. Since he betrayed the Shield, He has been in many rivalries with the likes of Kane, Dean Ambrose, Brock Lesnar, John Cena, Roman Reigns, Dolph Ziggler, Randy Orton, etc. during a match with Kane, Seth Rollins tore his ACL, MCL & Medial Meniscus and is said to be out for 6–9 months. he returned at the 2016 Extreme Rules event but remained a heel until the August 29, 2016 episode of RAW when his former cohort Triple H turned on him and assisted Kevin Owens into winning the WWE Universal Championship. after that event, Rollins began a slow face turn and feuded with Owens as well as Chris Jericho.

Rollins made his debut alongside Roman Reigns and Dean Ambrose in a triple threat match at Survivor Series 2012 between CM Punk, John Cena & Ryback. They appeared as heels and assisted CM Punk in retaining his WWE Championship. One month later in the TLC 2012 event, The Shield beat Daniel Bryan, Kane & Ryback in a 6 Man Tag Team TLC match. The Shield would go on to attack big names like John Cena, The Rock, The Undertaker, etc. It was later revealed that Paul Heyman would pay The Shield to assist CM Punk in his matches. in May 2013 at the Extreme Rules event, Rollins & Reigns beat Team Hell No and won the tag team championships. They would go on to hold the titles until the Battleground 2013 event where they lost against Goldust & Cody Rhodes (whose careers were on the line). From the last few months of 2013 to early 2014, The Shield feuded with their former ally, CM Punk. They faced CM Punk in a 3 on 1 handicap match at TLC 2013 but lost. In the January 6th 2014 edition of Raw, CM Punk brought over The New Age Outlaws to even the odds. but one week later, The New Age Outlaws walked out on Punk during a tag team match against them. in February 2014, The Shield would then go on to feud with The Wyatt Family and face them at the Elimination Chamber 2014 event as well as the March 3rd edition of Raw.

Heel Turn and Alignment with The Authority 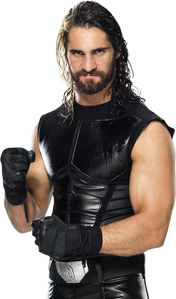 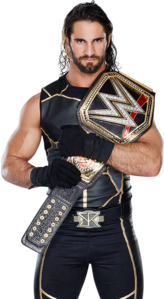 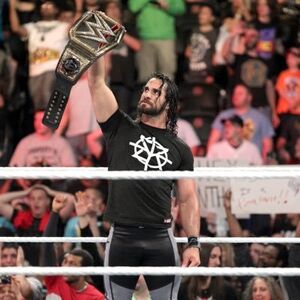 Seth Rollins making his return in 2016 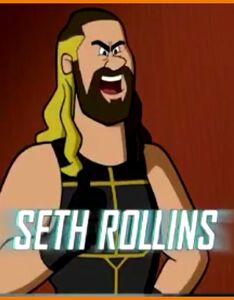 Seth Rollins in The Jetsons & WWE: Robo-WrestleMania!
Add a photo to this gallery
Retrieved from "https://hero.fandom.com/wiki/Seth_Rollins?oldid=2017307"
Community content is available under CC-BY-SA unless otherwise noted.