Free the Hummingbirds from the Rhynocs

Sgt. James Byrd is a flying penguin native to Sgt. Byrd's Base. He was raised by hummingbirds (which is where he learned how to fly) and always carries his rocket launchers and wears an army helmet. He first appeared as a playable character in Spyro: Year of the Dragon. He was also playable in Spyro: Attack of the Rhynocs and Spyro: A Hero's Tail.

He is voiced by Michael Gough and Tom Kenny who also voiced SpongeBob SquarePants.

James Byrd is a penguin who lives with hummingbirds who raised him, taught him to fly, and trained him as a soldier. The Sorceress captures him and has him guarded by Moneybags, from whom Spyro has to free him.

Sgt. James Byrd is a spoof of James Bond and other secret agent archetypal characters from movies, books, and video games, right down to his introduction ("Byrd, James Byrd"). Byrd speaks with a British accent, like James Bond, and always carries rocket launchers; however, Sgt. Byrd prefers to conserve ammo for the right moment. 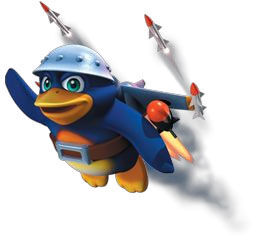 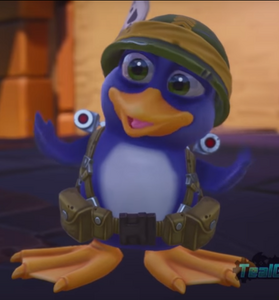