Shani is one of the main characters in Polly Pocket franchise, and is African American. She is one of four close friends of the titular character, Polly Pocket. In the classic series, she is a genius girl, she often carries a notebook to do research helping her friends in their school projects.

In the 2011 cartoon, she becomes an amateur scientist inventing several devices in addition to having her own laboratory in Pollyville.

In the 2018 series, Shani has brown hair skin and eyes. She wears blue-ish glasses. and she has blue earrings with the shape of a star.

She wears a blue sweater with a white shirt with a robot on the sweater. and wears a dark blue skirt with orange leggings. She has light green shoes. 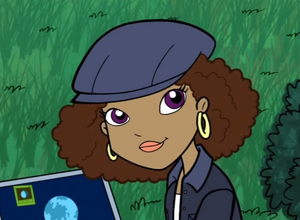 Shani in the first movie 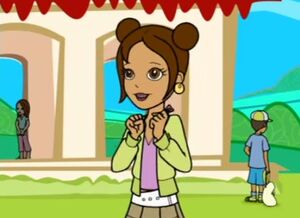 Shani in Polly Pocket: 2 Cool at the Pocket Plaza 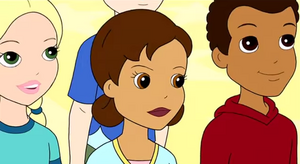 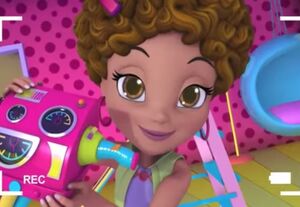 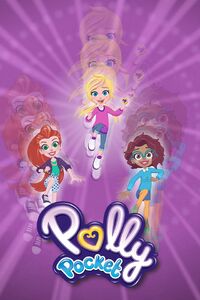 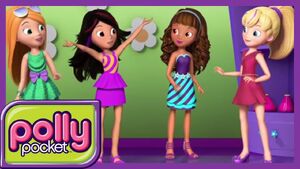