Spending time with his On & Off boyfriend Jimbo Jones, Steal

Redeemed Villainess, Anti-Hero
Shauna Chalmers is an anti-hero from TV series The Simpsons. She is Gary Chalmers' daughter and Jimbo Jones's ex-girlfriend.

Shauna seems to be a bully, since Jimbo, Dolph and Kearney had to impress her by throwing a duck's baby into the air, and according to Shauna, either the ducks suffer or Bart does. She later becomes Jimbo's girlfriend, as Ned sees her kissing Jimbo. She later makes a cameo as one of Jimbo's SpringFace friends, and later as one of Nelson's many wives as seen in a non-canon story.Her appearance is in "The Man Who Grew Too Much", in which she is a central character. She becomes smitten with Bart when he keeps standing up for her after being assigned by Jimbo to watch her while he and his friends do other activities that do not interest her. They briefly date, but the two soon break up after a confrontation with Jimbo and Lisa leads to Shauna realizing that she is better without either Jimbo or Bart.It is revealed that she started dating both Squeaky-voiced Teen and a much older man. She seems to have gotten back together with Jimbo In The Man Who Grew Too Much.

In Pay Pal, it was revealed that Shauna works as a cashier at Swapper Jack's where she made out with Ol' Gil Gunderson.

She is voiced by Tress MacNeille. 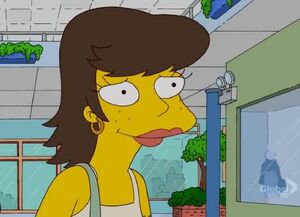 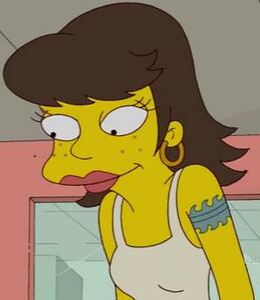 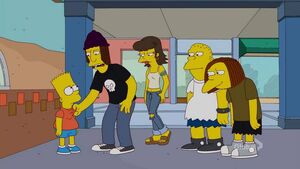 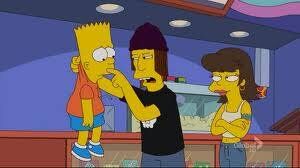 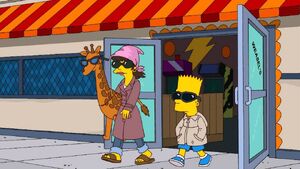 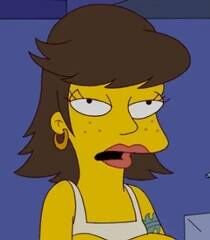 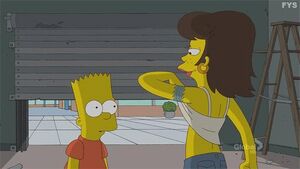 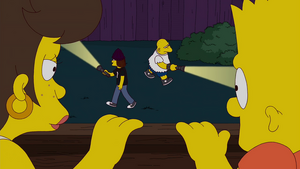 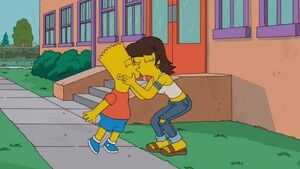 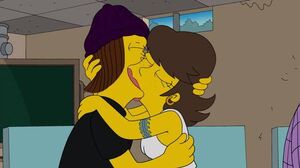 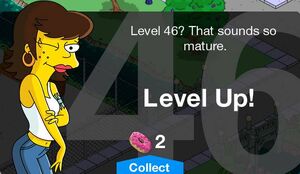 Shauna in "The Simpsons: Tapped Out" 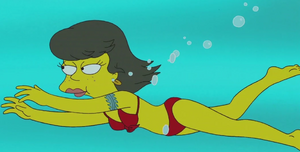 Add a photo to this gallery
Retrieved from "https://hero.fandom.com/wiki/Shauna_Chalmers?oldid=2117346"
Community content is available under CC-BY-SA unless otherwise noted.