Shawn, labeled The Zombie Conspiracy Nut, was a camper, as well as one of the finalists on Total Drama: Pahkitew Island as a member of the Waneyihtam Maskwak.

He was voiced by Zachary Bennett.

Shawn has spent his entire life training and preparing for a zombie apocalypse. His fear is so intense that he will become nervous the very moment one seems to be around, sometimes retreat without investigating fully, and even neglect to think about his own feelings. His survivalist mentality is constantly active, which can come in handy during challenges. However, it can also doom his team, as he will abandon them in favor of protecting himself. He is otherwise remarkably loyal to them, contributing to the best of his ability. He is so athletically talented that he can hop from tree to tree with little difficulty, single-handedly destroy an army of robots, and swipe a crystal without his teammates noticing. Shawn is happy to share his survival expertise with those in need. While his caring personality allows him to get along with most others, but his fear of the undead can cause him to distance himself from potential friends. He is eventually able to put his friendships in front of his fear of zombies come the finale.

Shawn joins Total Drama in order to prepare himself for the inevitable zombie apocalypse. From the very beginning, he distances himself from his teammates, believing that if he gets too close to them, it will let his guard down and he will likewise turn into a zombie. Despite this, he still helps them to secure a shelter, after their previous was destroy, and help to find food for them. He demonstrates many survival skills and knowledge that's essential for his team in challenges, which earns their respect.

Shawn develop a bond with Jasmine from the opposing team after they first met, which develops into an attraction. However he tries to distance himself, due to being afraid of the possibility of her turning into a zombie, and such an attachment lowering his chance of surviving. Shawn also manages to find a friend in Dave, which strengthens over subsequent episodes.

In A Blast from the Past, Shawn sees a creature which he mistakes to be a zombie and panics. In addition, his paranoia causes him to believe that Jasmine has also fallen victim to the zombies and thinking only for his own safety, Shawn abandons his team and covers himself in garbage in order to hide his scent while he locates a safe spot. As a result of missing the challenge, Chef Hatchet is sent to retrieve him. When he is found, Shawn immediately runs away from Chef, believing that he was a zombie too, but he is captured regardless. Once he is brought to the challenge site, Dave tricks him into thinking that Jasmine is a zombie and persuades him to attack her without hesitation. Shawn does so and scores a point for his team, at the cost of straining his relationship with Jasmine, who was worried about him the entire challenge.

Jasmine continues to gives Shawn the cold shoulder for several episodes and ignores his numerous attempts to apologize to her. He is approached by Sugar in This Is The Pits! who offers to form an alliance against Dave and Sky, but he declines. At the end of the episode Chris forces Sky to change teams with Max, leaving Dave distraught. During this time, Shawn tries to counsel Dave over his girl trouble. When Dave proves completely useless during the challenge, Shawn tries to motivate him by telling him that he could win Sky back if he showed her he was strong.

In Hurl and Go Seek, Shawn sees Jasmine being chased by a group of ill contestants led by Sugar, and mistakes them for a horde of zombies. Not wanting to make the same mistake again, Shawn mans up and comes to her aid. They attempt to seek safety at the top of a tree but the "zombies" continue to follow them. With nowhere else to run, Shawn decides to sacrifice himself to ensure Jasmine's safety. In the end, Jasmine is declared the winner, and his actions finally restore her trust, and she kisses him on the cheek.

When the island's self destruct sequence activates in Scarlett Fever, Shawn and Jasmine are partnered together, and easily find one of the entrances at the bottom of the lake. Once inside, they easily dodge security lasers, but become caught in the moment and share their first kiss. This triggers the island's defenses causing robotic animals to be released. When Scarlett reveals her true nature and tries to send the contestants to their doom, Shawn saves them by single-handedly destroying all the robots in the room, including Scuba Bear. Jasmine, who initially dislikes Shawn's obsession with zombies, now comes to terms and accepts her boyfriend's habits.

Despite his relationship with Jasmine, Shawn reveals in Sky Fall that he has no intention of sharing the prize money with her, due to wanting the whole million to build his zombie-proof bunker. In addition, Shawn insults Jasmine's idea for the money while using the confessional. Nonetheless he and Jasmine help each other throughout the challenge, and Shawn manages to be the first contestant to reach the top of the mountain, securing a spot to the final three. Unfortunately, Jasmine fails to make it in time and is eliminated. The two share one final kiss before Jasmine takes the Cannon of Shame. Although Shawn laments the loss of Jasmine, he admits that he's simultaneously relieved she's gone, as now he can have all the money to himself. In Pahk'd With Talent, Shawn continuously experiences misfortune in the first two challenges, often managing to keep himself narrowly behind Sky. Nevertheless, he manage to reach second place in both challenges. For the final challenge, Shawn performs an armpit serenade and The Barber of Seville during it. His performance was well liked by the judges and all of them give him a high amount of points, securing a spot in the final two.

Shawn is happy that Jasmine is selected as his helper in Lies, Cries and One Big Prize, but also still worries about his deal to split the money. He attempts to lie, saying that Chris said splitting the money was against the rules, to which Chris said it wasn't. For most of the challenge, Shawn and Jasmine are in the lead, mainly due to Dave's reluctance to help Sky in the beginning. Seeing how much Jasmine manages to contribute to make sure he wins, Shawn begins to think that keeping the money for himself isn't the best idea. Unfortunately, Chris decides to make the final part of the challenge more interesting by showing incriminating footage to the helpers. In Shawn's case, confessionals of him mocking Jasmine's idea and refusing to share the money with her. Despite their helpers turning against them, Shawn and Sky continue to move on to the finish line, all the while with Jasmine worrying about Shawn. Eager to have his revenge on Sky, Dave raise the ground below them, trapping the finalist at the top of a mountain. Seeing that he had no chance of winning the money now, Shawn congratulates Jasmine. However, Sky refuse to accept her defeat and begin to stop her feet in tantrum, causing the ground to crack and sending the finalist down through an avalanche, all the way to the finish line. Whether he ends up winning the season or not, Jasmine rescues him from the snow, forgives him, and the two share a kiss. Shawn is last seen leaving the island with Chris, Chef, Sky and Jasmine via a helicopter. 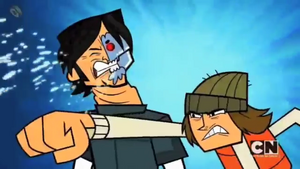 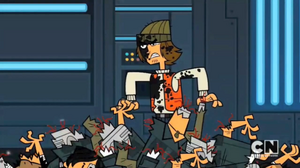 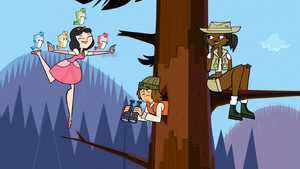 Shawn observes as Ella is being saved by the birds in the theme song. 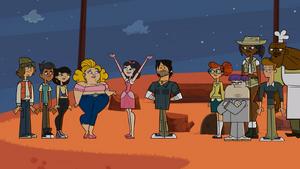 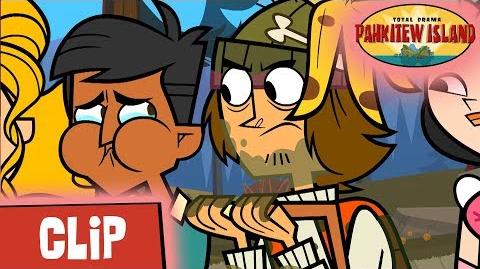 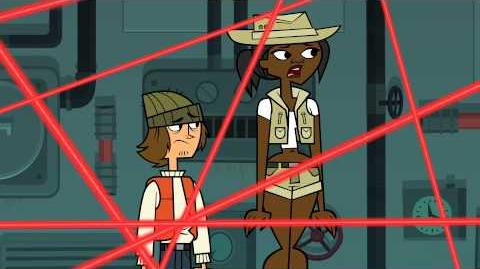 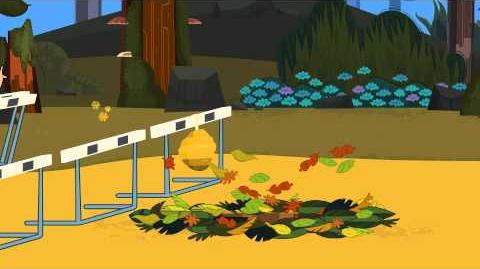 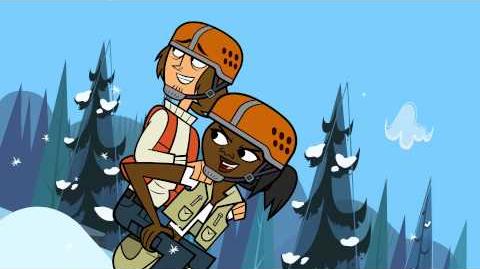