In Sheila's original form, she looks like a plain kangaroo with brown fur and green eyes. Her redesign in the Spyro Reignited Trilogy shows her with red hair in pig-tails, she also now wears a khaki safari shirt with a backpack, and her fur color seems to be more lighter. Her pupils are also much bigger.

Sheila is generally an easygoing character. She speaks with a smooth Australian accent and enjoys the 'simple pleasures of yesteryear'. She is friendly to those she cares about, but doesn't take any prisoners when it comes to kicking Rhynoc butt. Sheila is more than happy to help Spyro on his journey, and gives him a hand when he is fighting in Buzz's Dungeon.

Sheila's gameplay focuses on her jumping ability—she can jump like Spyro, but can perform a double jump in the air. Furthermore, if Sheila jumps when she hits the ground, she will perform a super jump. Sheila attacks with a kick and can also do a stomp move in the air, similar to Spyro's headbash move. This attack helped her defeat Buzz alongside Spyro. 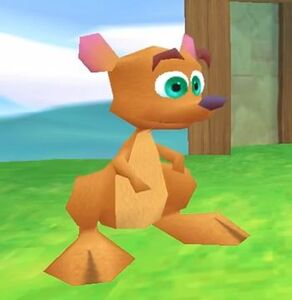 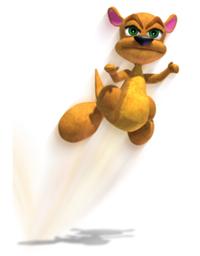 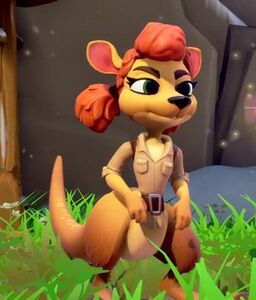 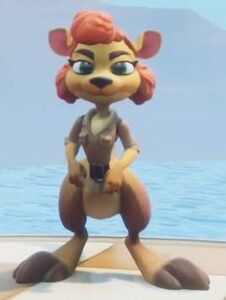 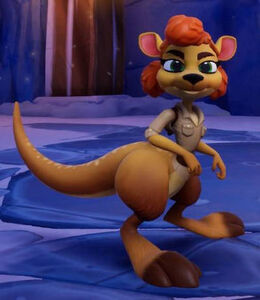 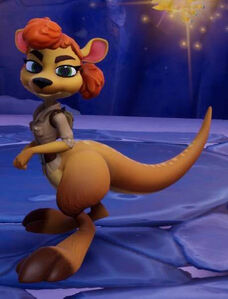 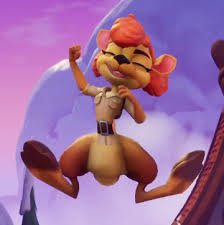 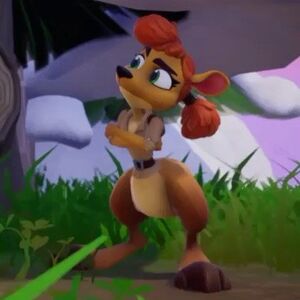