Shelly is one of the four human friends of Jabberjaw.

She was voiced by Pat Parris.

She plays the tambourine and is the lead singer for the Neptunes and is Biff's girlfriend. She considers herself the true star of the band, similar to Alexandra Cabot in Josie and the Pussycats.

Shelly is mean, haughty, spoiled, vain and abrasive. She always yells at her friends, insults them, treats them like dirt and thinks extremely high of herself. She's especially mean towards Jabberjaw, usually because he's always kissing her or squishing her, due to his large size. However, Shelly is deeply devoted to Biff, and feels lonely and insecure without him. 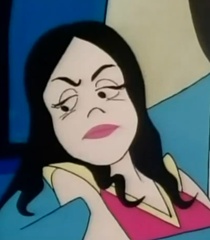 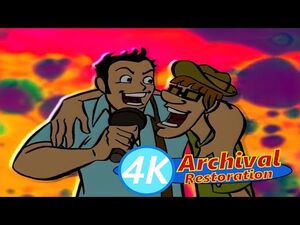