Shelly "Bombshell" Harrison was originally planned to appear as Duke Nukem's sidekick in Duke Nukem Forever. She was scrapped from the final version of the game, but she has since appeared as the main protagonist in two games of her own.

She was voiced by Valerie Michelle Arem.

As a child, Shelly Harrison demonstrated an insatiable desire to succeed. From a young age, she demonstrated an aptitude for creative complexity and was always the outcast, prioritizing success over sociability. As she matured, Shelly became known for her risk-taking, resilience and leadership, and developed a strong reputation for accomplishing her goals. These traits lead her to join the Global Defence Force, where she eventually became a well-respected and highly-regarded Colonel.

But Shelly quickly grew tired of conventional combat and became a Bomb Disposal Specialist. Charged with the safe disposal of unexploded ordnance, such a mines, shells and bombs, Harrison’s new career indulged her affinity for danger. That career ended after what became known as "the Washington incident," where she lost both her arm and her squad -- a group she thought of as family -- in a violent and explosive act. Shortly after, Shelly was given an honorable discharge.

She was later approached by a private military contractor. In exchange for her diverse skillset -- which includes expert weapons training and bomb disposal -- they offered her a second chance: a mechanical arm built from unidentified remnants discovered in the aftermath of the Washington incident. Looking to get revenge on those responsible for the incident, she accepted. With this new arm, Shelly took on the name of “Bombshell” and vowed to restore both her name and her career.

In Bombshell, Harrison appears to be mostly cold and jaded as a result of her recent suffering and trauma, with the only strong emotion she expresses being anger. Her only motives are revenge against Jadus Heskel and the rescue of President Aurora Skye.

In Ion Fury, she is implicitly portrayed as rather playful, frequently spitting out one-liners (often referring to real-life films, series, and other video games). Her default facial expression is a confident smirk.

The only in-game shots of Bombshell in Duke Nukem Forever were shown in the game's 1998 E3 trailer. In the trailer, she is seen with Duke in the mine caves of Nevada, hitting switches and avoiding traps. She is also shown dodging fire from a flying saucer, boarding a drop shuttle, and speaking face-to-face with Duke. She was cut from later trailers, and she was ultimately scrapped from the project altogether. In the final release, Dylan replaces her as Duke's sidekick, but he is not as central to the game's storyline as Bombshell was in earlier drafts.

In 2014, the development of Duke Nukem: Mass Destruction took a new direction when, in response to mounting legal pressure from Gearbox Software, Interceptor Entertainment stripped the game of all references to Duke Nukem. Given that 3D Realms had recently been acquired by the same holding company as Interceptor Entertainment, it was decided that the game would instead be based around Bombshell, the intellectual property of 3D Realms, as a partial appeasement to Duke Nukem fans. The game was eventually finished and released in 2016 under the title Bombshell. 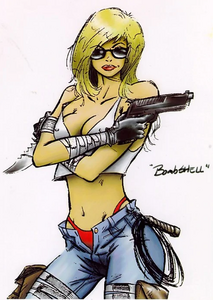 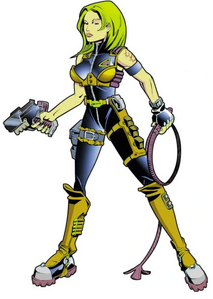 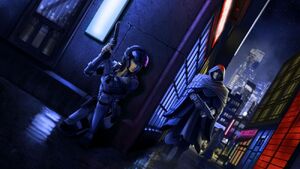 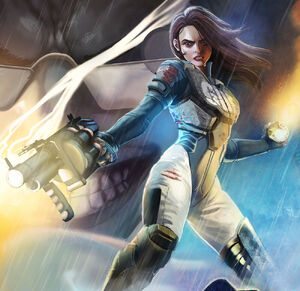 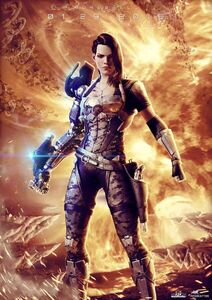 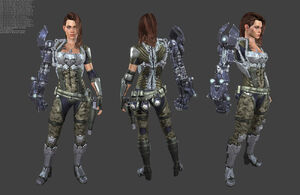 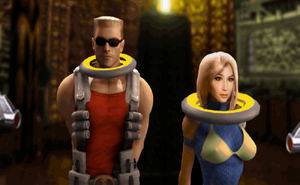 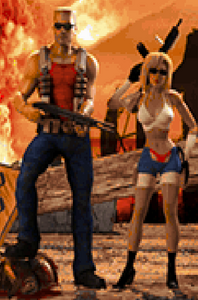 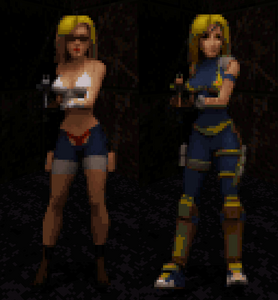 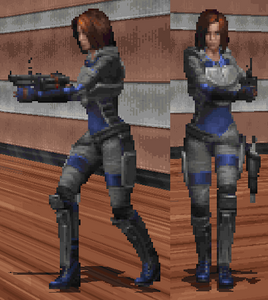