Sherlock Holmes is a hero made famous in his many books, films and television series, first created for the franchise of the same name. He was created by the writer Sir Arthur Conan Doyle. He is a Victorian-era detective who is quite possibly the smartest man alive, using his amazing brainpower to out-think a number of villains and solve seemingly impossible cases.

Sherlock is brave, and extremely intelligent. He has his own degree of personal cunning and a slightly suave demeanour. He is focused, vengeful and rather egotistical and strong-minded. He is also devilishly enigmatic and seemed to be clever enough to surpass James Moriarty, who was himself mentally inordinately agile. He cares deeply about John Watson, enough to challenge Moriarty about it. He also thought he was more devious than Moriarty.

However, despite his brilliance, Sherlock is categorized as being selfish, narcissistic, rude, and rather crass. He sometimes appears to lack basic empathy, however he is shown to display manners, on certain occasions.

Holmes is also a master manipulator, multiple times he has tricked Watson into helping him despite Watson's protests.

Holmes' abilities lay mainly in his skills of deduction and his genius-level intellect. He is incredibly observant, noticing the tiniest details, that most would not pay attention to.

Holmes' intelligence allows him to plan attacks and deduce (often correctly) exactly how a scuffle will play out. He is also shown to be proficient in many known martial arts and boxing and had an aggressive, if not slippery, fighting style. His style also involves psychological warfare. He is an adept boxer and was able to hold his own, overwhelm and defeat opponents much larger than himself, or multiple opponents inside and outside the ring. However Holmes is not above cheating, and will often use the environment, and other distractions in order to gain the upper hand when outnumbered, or outsized. Holmes also liked donning various disguises in order to spy on or obtain specific information from different suspects. He demonstrated this skill by secretly following Irene Adler through the back streets of London from his home as a homeless beggar to see who she was working for and therefore discovering that her employer was Professor Moriarty. He demonstrated this a second time when he visited his friend and colleague John Watson as a Doctor in a Hospital after John was injured from a brief confrontation with Lord Blackwood.

Though not as skilled as Watson, he is also a proficient marksman. However, he has a habit of unwisely unloading all of his bullets into a single target.

Holmes can also play the violin. 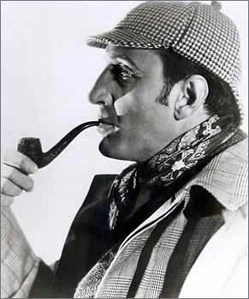 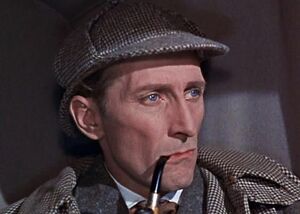 Peter Cushing as Sherlock Holmes in 1959. 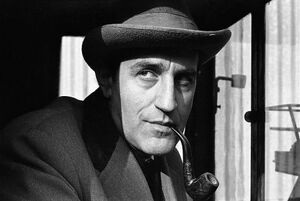 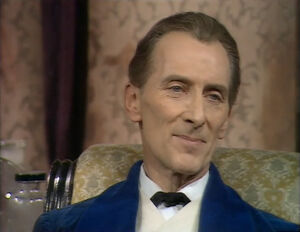 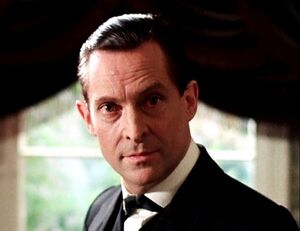 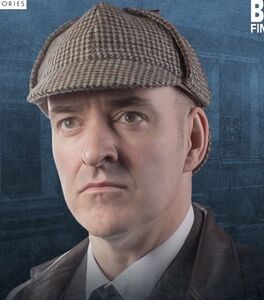 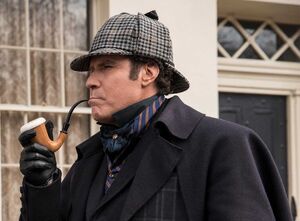 Sherlock Holmes as portrayed by Will Ferrell. 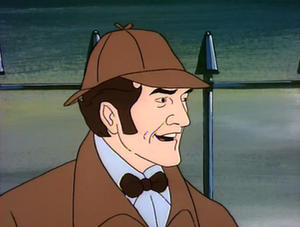 Sherlock Holmes in Scooby-Doo.
Add a photo to this gallery

Retrieved from "https://hero.fandom.com/wiki/Sherlock_Holmes?oldid=2189972"
Community content is available under CC-BY-SA unless otherwise noted.