Sharman is a mysterious man who shows up in front of Fang and the party. he is a main character in the first helf of the game and after the time line reset and history change he becomes the main antagonist  in the 2end helf of the game.

The dream of world peace, youth of Fencer has attracted Fury in order to prevent misuse. It has in the past that the family has been exterminated in the descendant of the false god, burning obsession for the realization of world peace. In it filled with beautiful of gentlemanly demeanor, although laden with secret efforts such as Takeshi intensive training the piano in order to overcome the tone deaf, you are pretending to be a perfect person in front of others. And set a justice in the first part, by revive the goddess is trying to achieve world peace, it is a united front with the Fang for confrontation with Dorufa. While being pampered from the Tiara and Eryn, and has asked the secret thoughts in tiara, at the end of Part 1 is jealousy also a glimpse to the Fang. In the second part, it appeared as also willing person to direct the blade to the innocent if for the purpose. And revived the false god by themselves to vessel, by sealed to control it is to have been trying to achieve world peace, and so show a grim facial expressions and ghastly look. By killing the star and became the leader of Dorufa, to be hostile to the Fang led the Dorufa. In the end of the story integrated with the resurrected false god, but the the last boss "false god Charmant", it would have been taken in failing to control the false god. During the subsequent last battle, somehow it appears as a ghost in front of Fang to trying to help the Charmant, describes the already that he is not Sukekara, to commit the fate of the world in a serene expression. 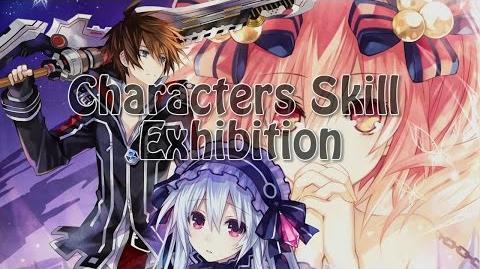 Retrieved from "https://hero.fandom.com/wiki/Sherman_(Fairy_Fencer_F)?oldid=1604348"
Community content is available under CC-BY-SA unless otherwise noted.