Go to Raccoon City to find her parents (formerly)

She first appeared in Resident Evil 2 as a troubled child trying to escape the danger in Raccoon City. She is infected with an embryo by her father, William Birkin, who is a monster at that time. Luckily, she is rescued by Claire Redfield and Leon S. Kennedy. She returns in Resident Evil 6 as an adult teaming up with Jake Muller, being tasked to bring Mueller back to the states to make a vaccine against the C-Virus. She still has the genetic coding of the G-Virus that gives her accelerated healing, and increased physical condition.

Sherry Birkin was born around 1986 to doctors William and Annette Birkin, two virologists who took part in T-Virus research at Umbrella's Arklay Laboratory. Due to her parents' busy work schedules, Sherry had a strained relationship with them, and she was frequently neglected once William and Annette transferred to the NEST. Sherry's youth is not much known, but she was enrolled as a student at East Raccoon Elementary, and Annette entrusted her with a locket on her eleventh birthday. The locket was actually related to their research, and Sherry's safety was important to them, not wanting her to be around strangers who could be after Golgotha.

When Umbrella Security arrived in William's lab and left him for dead, they stole samples of Golgotha, resulting in William using the last sample to turn himself into "G". William then attacked Umbrella Security, but released the T-virus into the sewers, which contaminated the water that the people of Raccoon City collected. Sherry somehow managed to reach the Raccoon City Police Department, and decided to hide around the police station due to officers becoming infected themselves.

Sherry encountered both Claire Redfield and Leon S. Kennedy, and would later be kidnapped by Brian Irons in one account of the Raccoon City incident. Sherry would become infected herself, but the accounts of different, such as William encountering her in the Raccoon City Orphanage, or being infected in the sewers.

Sherry's condition worsened due to the Golgotha infection, but she was successfully treated by Claire by using the DEVIL vaccine from NEST. Sherry and Claire later reunited with Leon onboard a train to escape NEST as it was self-destructing. After Leon and Claire dealt with a fully mutated William, Sherry, Claire, and Leon found themselves in Arklay County. After the events of Raccoon City, Sherry was taken into custody to protect her from the threat of Albert Wesker. Though protected by Derek C. Simmons, he would use her blood to develop the C-Virus. After Wesker's death in 2009, Sherry was offered to be a federal agent, and agreed after becoming more aware of bio-terrorism.

Serving in the Division of Security Operations, Sherry was tasked by the government to locate Albert Wesker's son, Jake Muller, and bring him back so they could use his blood samples to make a vaccine. Sherry managed to locate Jake, and the two managed to escape from Edonia with the assistance of Chris Redfield and Piers Nivans, who allowed them to pick up by a BSAA helicopter. While flying across the mountains, they were attacked by a unit and survived the plane crash. The two would attempt to find shelter, and were eventually captured by Dr. Carla Radames and taken to China to be experimented on by Neo-Umbrella. After six months, Sherry and Jake managed to escape from the laboratory complex and managed to get to Lanshiang, where they encountered Leon and Helena Harper. The group learned that Simmons was responsible behind the bio-terrorist attacks, and Sherry and Jake tried to escape from him until they were captured by Dr. Radmes' J'avo.

Sherry and Jake were taken to an underwater laboratory complex, but managed to escape from their constraints and encountered Redfield and Nivens once again. While Redfield revealed that he killed Jake's father, a giant cocoon hatched, forcing the group to split up in the facility. Sherry and Jake battled the Ustanak, a creature that was chasing them since Edonia, and managed to kill it while the facility was being destroyed. After the C-Virus outbreak and the death of both Simmons and Radmes, Jake was taken to the states and allowed his blood be used for vaccine research, which managed to contain the virus.

Sherry is a beautiful young woman in her mid 20s with short blonde hair and blue eyes. 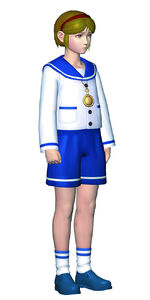 Sherry in the remake of Resident Evil 2. 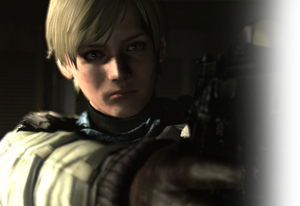 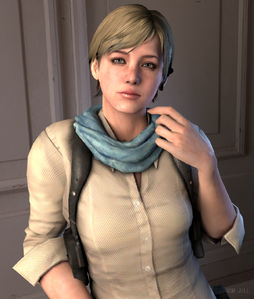 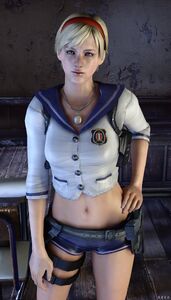 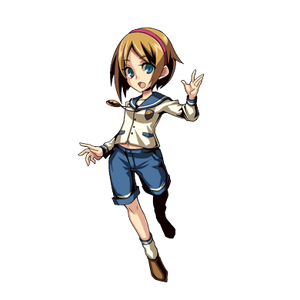 Sherry Birkin in Minna to BIOHAZARD Clan Master (RE2). 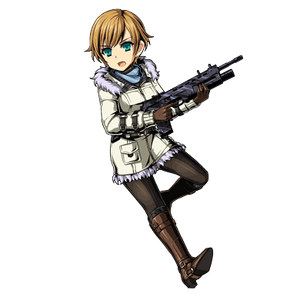 Sherry Birkin in Minna to BIOHAZARD Clan Master (RE6).