To get even faster

Only Ship of her kind

Shimakaze (島風, Island Wind) is a character and one of the heroes from the Kantai Collection series who was implemented into the game on the 23rd of April, 2013.

She makes secondary appearances in the manga series Shimakaze, Girl of the Whirlwind, as the titular protagonist and also a minor appearance in Kancolle Arcade.

She is voiced by Sakura Ayane and drawn by Shizuma Yoshinori in the game.

Japanese destroyer Shimakaze was a one-off super-destroyer built for the Imperial Japanese Navy during World War II. She was armed with six 127 mm (5.0 in) dual purpose guns and conventional anti-aircraft and anti-submarine weaponry. More importantly, she was the only Japanese destroyer to be armed with 15 torpedo tubes each capable of firing the deadly 610 mm (24 in) Type 93 "Long Lance" torpedo. The ship was a testbed for an enormously-powerful, high-temperature, high-pressure steam engine that was able to develop nearly 80,000 shp (60,000 kW). This made her one of the fastest destroyers in the world: her designed speed was 39 kn (72 km/h; 45 mph), but on trials she made 40.9 kn (75.7 km/h; 47.1 mph).

Shimakaze is depicted as a female humanoid appearing as a fair-skinned, skinny and slim young teenage girl with a flat-chest and grey eyes. She has long blonde hair reaching slightly past her waist. She is typically seen wearing a black hair ribbon on her head, tied together to resemble rabbit ears, a sailor outfit with a white midriff-baring sleeveless shirt that has three gold buttons on the left and right side, a blue and yellow collar with a black ribbon attached, long white elbow-length gloves, black thongs, a short blue skirt with a gold button, thighhigh socks (making her have Grade-B zettai ryouiki) with red and white stripes, and shoes both grey and red in colour. She is often accompanied by Rensouhou-chan, familiar-like turrets which originated from Shimakaze's three twin 12.7 cm/50 naval gun turrets. In the anime, her skirt is very short, even so that it exposes her bottom.

She often boasts about her speed and scolds the fleet and admiral for being too slow. She also often tends to her Rensouhou-chans. Artists tend to give her a loner personality due to her being the only ship of her class. With the introduction of Amatsukaze, a Kagerou-class destroyer which was used as the testbed for Shimakaze's turbine, the latter has come to be seen as Shimakaze's older sister.

She also appears in the anime, but instead of being the problem child that she's been shown as in her own manga, she's portrayed instead as a hyperactive and excitable if absent-minded girl. Despite this, she's shown to be one of the most skilled Destroyers on the base, easily outfighting a squad of enemy destroyers while Fubuki had enough trouble with a single one. 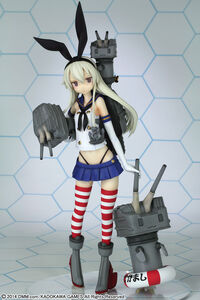 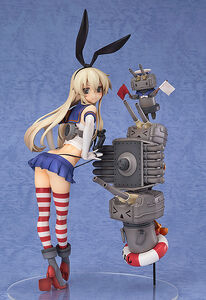 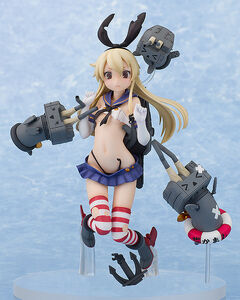 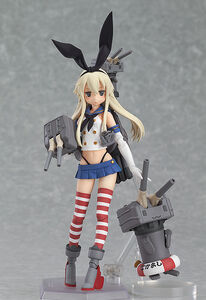 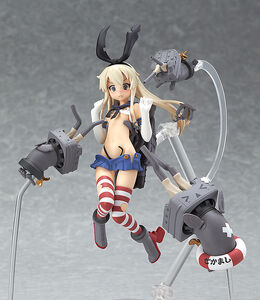 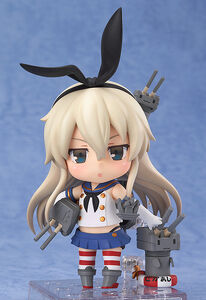 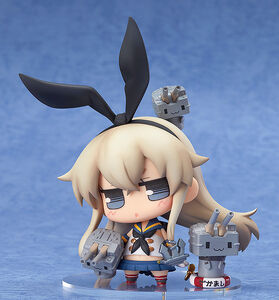 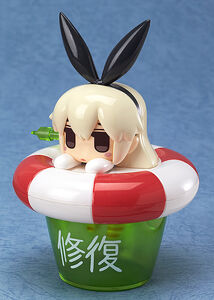 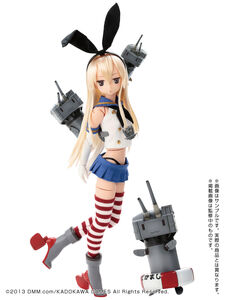 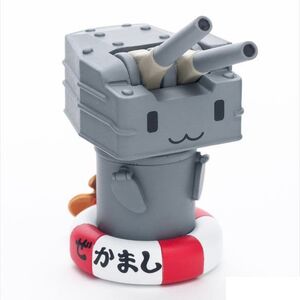 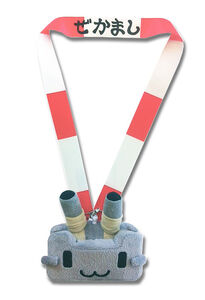 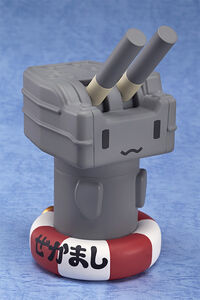 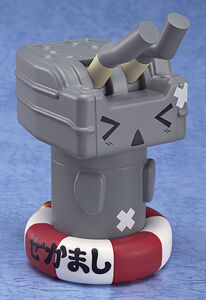 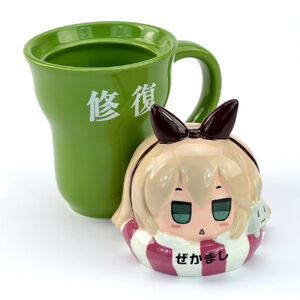 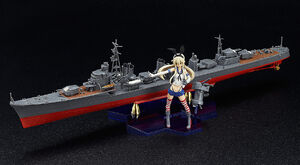 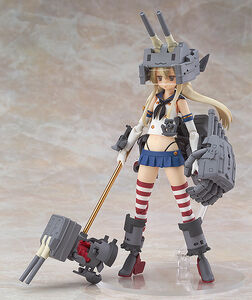 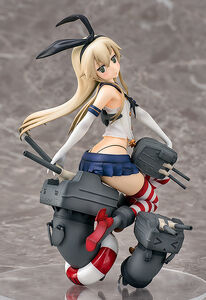 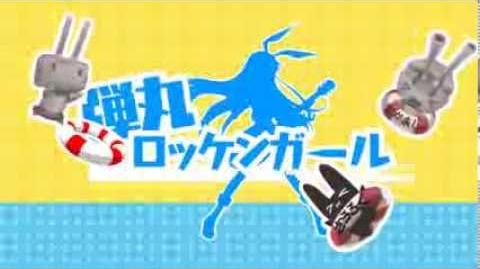 Retrieved from "https://hero.fandom.com/wiki/Shimakaze?oldid=2126122"
Community content is available under CC-BY-SA unless otherwise noted.