Defeat Nobunaga and his armies.

Protect Japan and the world.

Honorable Leader
Shingen Takeda (Japanese: 武田 信玄) is a character in the Samurai Warriors series. He is the nineteenth head of the Takeda clan and influential leader of his region, Kai Province.

Shingen is a prominent diplomat and strategist in the Kai province. In the war with neighbor Kenshin, they traded in Kawanakajima. After his victory, Shingen defeated his opponent and decided to expand his conquest of the entire land. In order to do this, he plans to move into the capital and negotiate with the Royal Court. Hōjō strongly disagreed with his decision and refused to ship salt to cut off contact with Kai. He personally penetrated Odawara Castle to solve his dilemma with Ujimasa. In the castle, he will be humbly confronted and thanked for providing the people with the salt they need. Once Hōjō fell, Shingen began to march into the capital and easily enter the Three Rivers.

Nobunaga plans to stop him in Nagashino, but Shingen's patience and careful planning erased the rifle against them. When Nobunaga fled to Antu Castle, Shingen's army revolved around the siege of the Nobunaga. Hope that Mitsuhide defected to his army, and Shingen ordered his personnel to spare him in the early stages of the battle. At the same time, Kenshin arrived at the way to observe his competitors and challenged Shingen to win without losing any generals. Shingen fails to protect his people and Mitsuhide, he will regretfully take atrocities to kill the Oda clan. Kenshin was disappointed with the performance of his competitors and began to feel dissatisfied with his company.

After the fall of Nobunaga, he led his army to fight Kenshin again in Kawanakajima. Ending the battle with the one-on-one match, Kenshin was getting captured in the Takeda camp. Shingen ruthlessly admitted that his competitors were not as plentiful as the war and asked Kenshin to help create new land. It was interesting to hear such a confession. A released Kenshin agreed to work next to him because he was better. Since his competitors in the east have weakened, Shingen took advantage of this opportunity to move toward the capital. This time he invaded the Three Rivers and shattered the resistance of Ieyasu, his troops chased the escaped family in Mikatagahara and the desperate Tokugawa forces used their courage to make a deep impression on the pursuers.

At the end of the battle, Nobuyuki expressed his confusion about Tokugawa's action against Shingen. The veteran explained their loyalty to the vision of Ieyasu, which is in line with Yukimura's courageous and ruthless responsibilities. When the older Sanada brother refused to fully accept his prognosis and left, Shingen felt that his time had ended and apologized for his failure. A few months later, when he collapsed in the Allied camp, his predictions came true. Sanada's brothers and sisters inherited his dreams after his death. Since the instructions, Shingen has shared an argument with Kenshin and Ujiyasu to fight the armies, but immediately led a valuable cavalry to participate in the battles. As for curiosity, he had another chance to rule this territory from the undertaking threats. 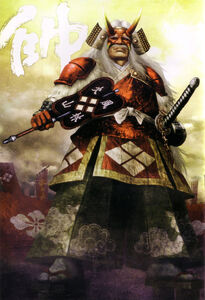 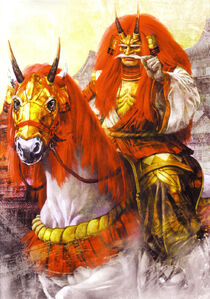 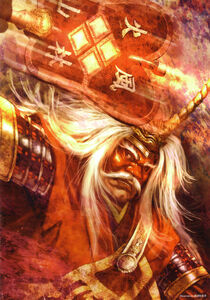 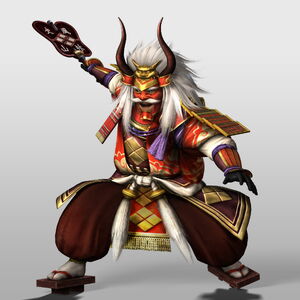 Shingen in Samurai Warriors 4.
Add a photo to this gallery

Retrieved from "https://hero.fandom.com/wiki/Shingen_Takeda_(Koei)?oldid=1755279"
Community content is available under CC-BY-SA unless otherwise noted.