Shingen Takeda, also known as Red Minotaur in Devil Kings, is one of the main protagonists in the Sengoku BASARA series.

Shingen is the leader of the Takeda clan, famous for its cavalry. He has a large, imposing frame and a brilliant mind as well. He wields a giant axe, and is often starts large and unnecessary brawls with Yukimura Sanada, sometimes for no reason.

These fights usually involve wrestling or exchanging names, while punching each other in the face. However, Sasuke is a frequent witness to these brawls. The strong and wise tiger of Kai has a fierce rivalry with Kenshin, and his element is fire. 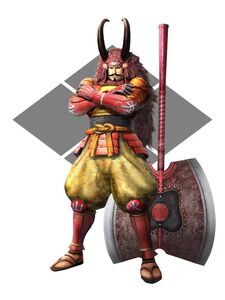 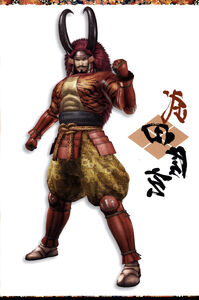 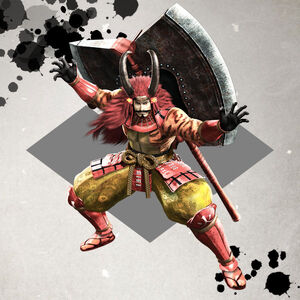 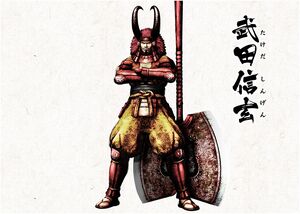 Retrieved from "https://hero.fandom.com/wiki/Shingen_Takeda_(Sengoku_BASARA)?oldid=1860935"
Community content is available under CC-BY-SA unless otherwise noted.