Hanging out with his "best friend" Ren

Put an end to the Rider War

Shinji is an naive but energetic young reporter who goes about gathering information "as if he's at a festival, going to every stall". He is a shining optimist who believes in the best in people, even in some of the worst he encounters. He is a little slow and clumsy, and is very simplistic. His main flaw is that he wants everyone to be happy; he struggles with situations where one person must lose for another person to gain.

Right before his death though, he finally sees that there is no justice in the War, and thus sees that he has to fight and kill to stop the fighting. He never got to go through this traumatic phase of his life.

Despite being unwilling to fight and kill Riders, he gives his all when he does fight at all, especially with Mirror Monsters. This is shown in him taking a deep breath before entering the Mirror World, and he often pumps his fist and shouts "Alright!" in battle. Despite not being very smart, he's capable of thinking of out-of-the box strategies for taking down Mirror Monsters, leading Tezuka to label him as "unpredictable."

Shinji was aiding in the New Group's investigation behind the "missing persons" crisis that had with the latest victim being Ida Megumi. While checking on the list of missing persons, Shinji finds a clue and investigates the apartment of Kōichi Sakakibara, a man who mysteriously disappeared two months ago. Upon coming across a deck of cards lying on the ground, Shinji was nearly attacked by a monster that emerged from Mirror World, Dragreder.

While investigating the home of Koichi Sakakibara (Kanzaki's original candidate), he discovers a blank Advent Deck and soon finds himself stalked by the dragon monster Dragredder. Yui gives him a chance to live a normal life—to keep the Seal card that would protect him from the Mirror Monsters and give the Deck to her—but after discovering that the Mirror Monsters have been killing people in the real world, Shinji makes the decision to fight. It is an utterly selfless decision, and he only learns of the Rider War after he has been locked into it. But Shinji's resolve remains strong: he decides that he will not fight for the sake of the Rider War, only for the sake of others.

Shinji's presence in the Rider War—his innocence and determination—slowly soften the other Kamen Riders, the exact opposite of what Kanzaki wanted. To try and motivate Shinji to take a more active role in fighting, Kanzaki gives him one of the three Survive cards, but this only allows Shinji to overcome even more incredible odds.

Yet Shinji always struggles with the question of whether or not it is right to stop the Rider War: whether he has the right to impose his will on twelve others who are fighting for their own personal reasons, or whether theyhave the right to take twelve other lives in order to fulfill their wishes. Never does this conflict hit him harder than when he discovers that Yui will die, and that only the Prize from the Rider War will save her. He believes that no-one ever listens to him, yet the fact that by this point, no Rider will fight him willingly is proof of the positive effect he had.

Shinji eventually discovers his answer. But it is too late, as he takes a mortal wound while protecting a young girl during the Raydragoons' invasion of the real world. His last act is to pass on his courage and determination to Ren, so that his closest friend might survive the Rider War.

Yet Shinji's efforts were not in vain. Whenever he failed, Shiro Kanzaki would reset time, trying to change the Rider War. Despite not being chosen by Kanzaki, Shinji would somehow become Ryuki each and every time, and would constantly oppose Shiro's plans. Shinji's dogged determination, his actions over the course of several wars and finally his words to Shiro that Yui wanted the war to end for his own sake eventually broke Shiro's obsession. Shiro reset time one last time, to a world where the Rider War never existed. Without him ever knowing, Shinji Kido changed the fates of the Riders, and stopped the fighting for good. 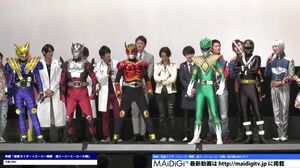 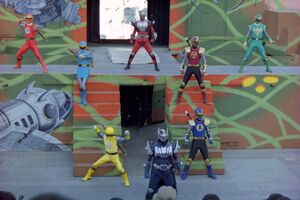 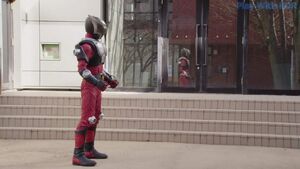 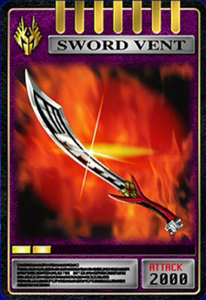 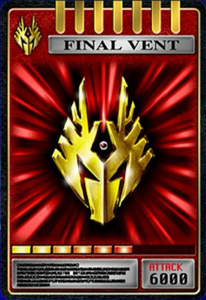