Eliminate the Dark Hour (fulfilled by the rest of S.E.E.S.)

Shinjiro "Shinji" Aragaki is a supporting protagonist and party member in the video game Persona 3. He is a former member of S.E.E.S. who left the group after a tragic incident where he briefly lost control of his Persona, but rejoined after the joining of Ken Amada, whose mother he accidentally killed. He is also the childhood best friend of Akihiko Sanada, who knew him and his sister when she was still alive.

He is voiced by Kazuya Nakai in the Japanese version and Grant George in the English version.

Shinjiro is notable for his towering height, as he is the tallest playable character in the game. He also has unkempt brown hair, worn perpetually under a beanie, and steel-colored eyes. Interestingly, he is somewhat warmly complicated, a change from the generally pale cast. (There is occasionally some discrepancy with his color scheme in anime cutscenes on the console versions of the game, especially regarding his skin tone.) His clothing is relatively simple, consisting mainly of a maroon peacoat, black pants, and brown shoes.

As seen in his dialogue portraits, Shinjiro typically has a "shifty" look about him. He often has his hands in his pockets and his head held low, eyes cast off to the side. In the most recent incarnation of the game, Persona 3 Portable, Shinjiro has extra portraits, including an elusive smiling face. In his battle animations, he assumes a more confident and straightforward pose with his weapon: an axe.

Also in Persona 3 Portable, he has an interesting costume that allows the player to see another side of him: the butler uniform. When wearing this armor he shows his full head of hair, as it is the only time that the player can see him remove his beanie.

A reliable and serious character whose cold exterior masks his weaker, gentler self, Shinjiro's difficult past weighs him down, causing him to constantly push others away with a tough-guy act. Ever since accidentally causing the death of Ken's mother, he has given up being a member of S.E.E.S to live a normal life, even though there are only so many Persona-users and so S.E.E.S. needs all the help they can get, something even Yukari, who has no love for S.E.E.S. or the Dark Hour, has the sense to realize. As he points out to Akihiko, both of them are held back by the guilt of their pasts; they just have completely different ways of dealing with it.

Various parts of Shinjiro's personality are revealed in the different versions of Persona 3, and he is (like most other male characters) difficult to know when playing the male protagonist's route. In FES / Portable, the dorm recordings show an event regarding Shinjiro's "other side." He is revealed to love dogs, in particular Koromaru, who he spoils; in the same scene, he is shown to be an avid cook that enjoys learning from cooking shows.

In Persona 3 Portable, via the female protagonist's Moon Social Link, the player is able to see the most of Shinjiro. Progressively, he is revealed to be a kind and caring person, always worrying after the other members of SEES. He takes great pleasure in being able to help his friends (though he might not admit he even enjoys their company), and he doesn't want to see them make the same mistakes he might have made in the past.

In Persona Q, despite his normally calm and quiet demeanor, it is shown that he easily loses his cool whenever he's with his childhood friend, Akihiko. They often get into fights, usually resulting to childish banters. He is also often dragged into his friend's antics, mostly involving competing over just about anything. During those times, his competitive nature surfaces. He never really admits it, but Shinjiro also apparently hates losing. 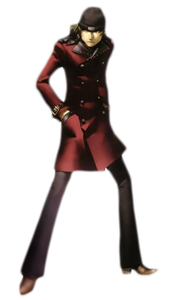 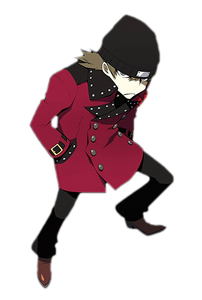 Retrieved from "https://hero.fandom.com/wiki/Shinjiro_Aragaki?oldid=2299868"
Community content is available under CC-BY-SA unless otherwise noted.