Shintaro Goto (後藤 慎太郎 Gotō Shintarō) is one of the fictional characters in the series of Kamen Rider OOO. He is the leader of the Kougami Foundation's Ride Vendor 1st motorcycle brigade and later he becomes the second primary user of Kamen Rider Birth.

Prior to the series, Shintaro Goto was a policeman. However, he quit and joined the Kougami Foundation in order to save the world from the Greeed, progressively climbing his way up until he became leader of the Foundation's Ride Vendor 1st Squad motorcycle brigade.

Shintaro first battled the Greeed after they were freed from their seal and he was the sole survivor of the group sent to find them. Shintaro begins to assist OOO as the Foundation's representative in his battle against the Greeed. He also gathers information with assistance from Erika Satonaka.

Later, he becomes interested in Maki's proposal in finding a way for humans to use the O Medals, becoming an official ally to Eiji and Ankh after taking Eiji's words to heart while losing his first chance to become Kamen Rider Birth. He then becomes waiter and custodian at Cous Coussier. After meeting with Akira Date he was granted the original Birth Buster and has been acting as Akira's supporter and partner in battle.

When Akira Date could no longer fight due to the bullet in his head, Goto takes his place as Birth. With the Birth System he fought against the Greeed while also using the Prototype when the complete system was damaged. By the time Date came back, they played major roles in defeating Gamel and fighting against Uva. At the end of the series, Goto returns to the police force.

Goto got a call from Kousei about the Rider's rampage as he will be Birth again. He then notice that Kousei is creating Core Medals, but he told Goto that these medals will not be desire-based. Later, Goto arrive where Birth Prototype fights Poseidon as he joins the fray, but the Twin Births got overpowered by the future Rider. However, they notice that Eiji has stabbed the Rider's back as it reveals to Ankh disguising as Eiji as they manage to regain some of the Core Medals. Sometimes later, he along with Date and Satonaka provide back for OOO and Ankh, but got themselves defeated again. Sometimes after the battle of the future Rider, Goto was last seen cleaning the Cuisine Restaurant Cous Coussier along with Date, Hina, and Chiyoko.

He, along with Akira Date (as Birth and Proto-Birth) were trying to rescue Eiji but ended up defeated by Captain Marvelous (as Gokai Red) and Rider Hunter Silva. But later they are seen aiding the rest of the Super Heroes against Dai-Shocker and Dai-Zangyack. 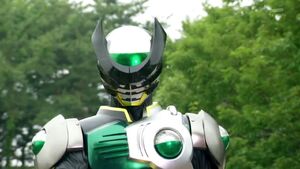 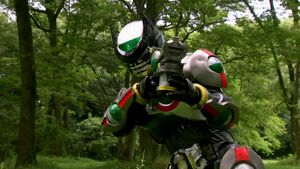 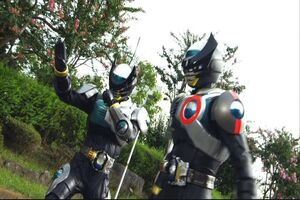