Being with Kagome
Playing pranks on Inuyasha

Kid
Orphan
Trickster
Shippo is one of the main protagonists of the anime/manga series Inuyasha. He was an orphan fox demon who attempted to steal Shikon Jewel shards from the miko Kagome Higurashi and the half-demon Inuyasha, wanting to become much stronger and avenge his father's death at the hands of the Thunder Brothers. Though his plan fails, Inuyasha and Kagome aid him after hearing his story, and he becomes their companion for the rest of the series.

He normally appears to be a young boy with certain fox-like features: his legs, feet, ears, and tail.

He has a small body but a strong spirit. Although Shippō is a demon, his pure spirit knows no corruption. He has only recently opened his eyes to love, but with his knowledge and bravery, his feelings for his comrades are first and foremost. His spirit is still growing so its overall size is small.

Shippō has a strong will to follow through on things once he makes a decision. For example, he fought the Thunder Brothers, Manten and Hiten, even though he knew their powers were far greater than his own. He would sometimes go into battle, shaking with fear, but pushing himself to stay and fight. Kagome and Inuyasha helped Shippō exact revenge for his father's death and, touched by their gentleness and bravery, a dauntless strength and spirit began to grow inside of him. Despite being an innocent child, he has a strong will for revenge if anyone close to him is hurt.

Since he usually forgets he is a demon, he is often afraid and hides behind his comrades when threatened. Most of the time, Shippō is easily scared by other, more ferocious demons. However, when it comes to a showdown, he has the courage to confront the most dreadful enemies and dangerous situations. He fights bravely for his friends, overcoming his fears. In spite of his youth, he has an unwavering toughness in his heart.

More than anything else, just being with everyone makes Shippō happy. It is harder for him to be apart from them than it is to travel with them in dangerous situations or to experience adversity. For Shippō, who lost his parents, his companions are now as good as family to him. Shippō expresses his feelings honestly to them without hiding anything which often strengthened their bonds. For example, when Inuyasha fell off a cliff in his human form, Shippō sobbed uncontrollably despite being in the presence of others.

Shippō is sharp and extremely perceptive, allowing him to analyze any situation. Many times his wits have saved them from a variety of dangers. He understands his own capabilities well, and because he is willing to do whatever he can in any given situation, he is able to apply them to good effect.

Shippō thinks he is already a fine grown-up. He sometimes surprises people with his mature remarks and actions, which are unimaginable based on his looks. He once treated Inuyasha as an incompetent (due to being in human form) and openly declared he would protect everyone by himself.

Shippō usually has good judgement, and his words and actions are usually adult-like. He is, in fact, quite young. Having the indiscretion of a child, he sometimes shows a more simple and childish side.

He is sensitive to his companions' feelings. With a gentle heart, he tries to act as a go-between. He employs a variety of methods, like pushing stubborn friends from behind or resolving misunderstandings in his own way. He most often pushed Kagome and Inuyasha together, though he did do the same with Miroku and Sango as well on some occasions. He tries hard to cheer up the ones he loves. An example is that Shippō transformed into an exaggeration of Sango when she was mad, to show Miroku what she was really feeling despite wearing a calm and collected expression.

Shippō had always been busy worrying about the love relationships between his friends and offering his support, but when he met a certain girl he awoke to romantic feelings of his own. Through those feelings he came to know the importance of feeling love for others. Shippō's first crush was Satsuki, who he decided to separate from since he had been the one who put her in danger.

Shippo has also picked up some familiar traits from his friends. Shippō has fallen in love with several girls along his journey with the others, even meeting girls in nearly every village they visit later in the series. In one episode, this is pointed out. Both Sango and Kagome both believe this is because he has spent so much time around Miroku, he's picked up his flirtatious habits. However, he is still a shy boy around the girls he likes. He seems to have picked up a bit of Miroku's wisdom, warning others when it's best to not irritate Inuyasha.

Also, Shippō's temper appears to be similar to that of Inuyasha, who constantly gives him a beating for misbehaving or simply annoying him. In the fourth InuYasha movie, Shippō hits Roku and Dai on their heads for shooting off their mouths when his friends are doing their best to help them; this shocks Inuyasha, who was about to hit them again.

Shippō has also picked up on Kagome's heroic sense of justice when it comes to saving or helping someone in need. With a kind heart, he cannot turn the other way if there is something wrong, much like Kagome. Although he would sometimes help a guy, he would always come to the aid of a girl. It's due to the fact that he does have morals, and spends so much time around Kagome. 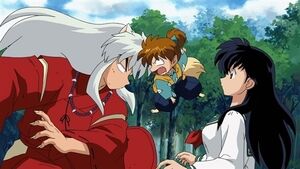 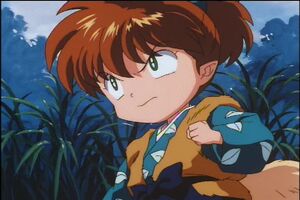 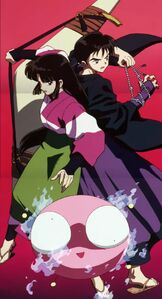 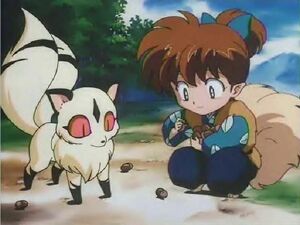 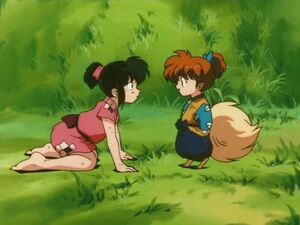 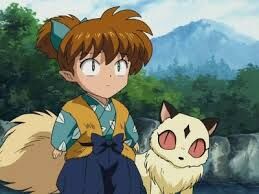 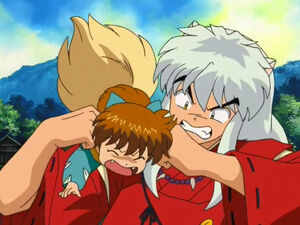 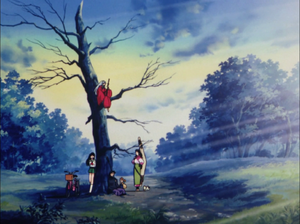 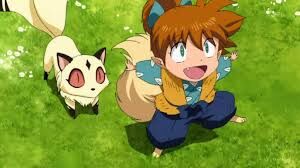 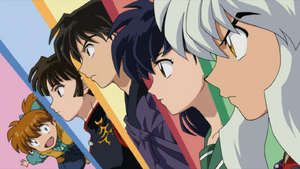 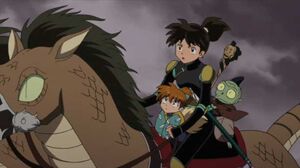 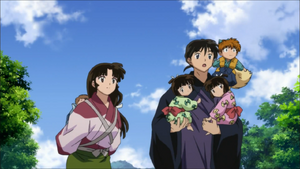 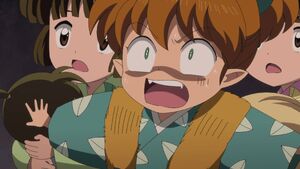 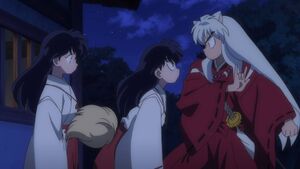 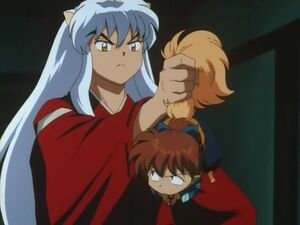 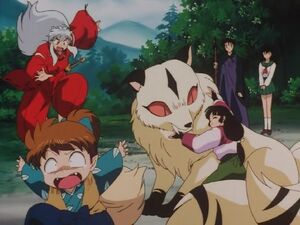 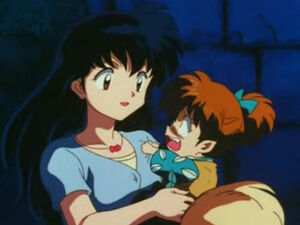 Retrieved from "https://hero.fandom.com/wiki/Shippo?oldid=2039399"
Community content is available under CC-BY-SA unless otherwise noted.