To protect Rin and Yukio

Wise
Shiro Fujimoto is one of the characters of the manga/anime, Blue Exorcist. He was the adoptive father of the Rin Okumura and Yukio Okumura. Shiro was possessed by Satan and regained control over his body and stopped Satan's possession by stabbing himself, and killing himself and protect Rin.

Shiro is a tall slender man with average build. Although in his late forties, he displays mastery over combat and manages to defend himself and his brethren from Demons. Shiro would appear younger if not for his light gray hair and aged facial features but overall he seemed like he could pass for man in his mid to late thirties. Along with his hair which he wears in a messy fashion, Shiro also has a goatee and some stubble along his lower chin and upper lip. Even when he was young Shiro always wore a pair of glasses with the chain adorned with beads & a cross. The most notable feature Shiro possesses is the cross like scar on his forehead that he did not have when he was much younger, presumably fifteen years before the start of the main story. When Shiro was younger, he greatly resembled a much older version of Rin, his adoptive son. Shiro also sometimes wears a happy look on his face but when the time comes he can become quite serious.

Shiro is quite mysterious but has a protective personality and kind heart. Though a Paladin, he is not merciless towards Demons as he befriended the cat sith, Kuro, and is the adopted father of Rin, which made him one of the few people able to calm Rin down. Despite being a priest, he can be immature and joke around, and likes women with big breasts as he claims he broke his ribs so a busty nurse can take care of him. Some of his personality traits are possibly passed to Rin and perhaps Shura.

In the past, Shiro was shown to have a cold-hearted personality and followed orders from the Vatican. He was annoyed by Yuri for befriending the Demons and tries to destroy them despite them being her friends. His perspective towards Demons changed though when Yuri gave birth to Rin and Yukio. He changed his mind when Rin smiled as he was about to slay them. For Yuri's sake, he decided to raise the two boys which Mephisto laughed at. Shiro used to be a chain smoker but when Rin smiled at him, he decided to quit for the boys' sake.

Shiro was originally part of Section 13's experiments to create new bodies for the Eight Demon Kings. A clone of Azazel, Shiro was the fourth in a series of clones. Shiro is actually born a clone from the Asylum, a facility that gathered orphans and trained them to become exorcists, with a branch called Section 13 serves as experimentation lab to create a suitable vessel for Lucifer. In Shiro's case, he was a clone of Azazel. Resenting the place, Shiro escaped and met the orphaned Yuri Egin and for a while they stayed together until the Asylum retrieved him together with Yuri who was able to see demons. Desperate for freedom, Shiro strikes a deal with Mephisto to make him exorcist, though even after reaching the rank of Paladin, he was still bound to the Section 13 albeit having more freedom. During this time, he formed a close relationship with Yuri, and even possibly fell in love with her despite having rejected her earlier love confession.

15 years ago, Shiro was ordered by the True Cross Order to exorcise the sons of Satan. Because Rin smiled as he was about to slay them, Shiro defied his orders and seeked means to prevent their deaths. With the aid of Mephisto, Rin's demonic power was sealed within the Kurikara, allowing the boy to grow up relatively normal. Fujimoto worked at his own monastery for at least fifteen years before the start of the series, and raised the Okumura twins as his sons. Additionally, he began training Yukio at age seven in the art of exorcism, enabling the youth to earn Meisters as a Doctor and Dragoon. 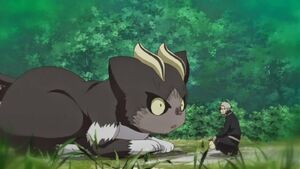 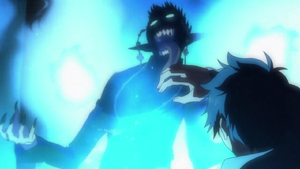 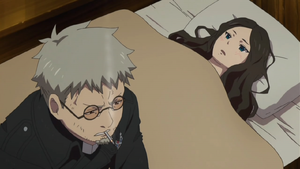 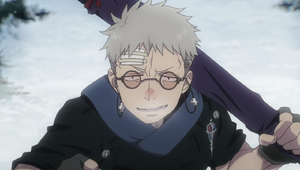 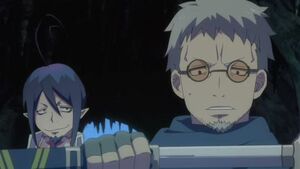 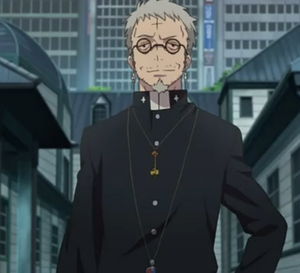 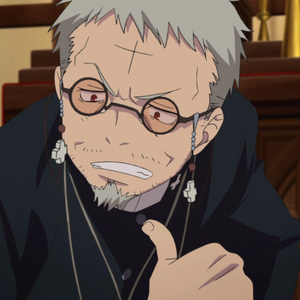