Disillusioned, Yamamori is tricked by a disguised Farrah into undergoing a procedure that would transform him into the Magne Warrior (マグネ戦士, Magune Senshi), which puts him under Gear's control. However, Yamamori manages to break free of Gear's influence and helps the Bioman team destroy the Magne Megas at the cost of his powers.

During the Great Legend War, Shota did not fight because he had lost his powers.

Shota first appears when he attacked the Biomen, believing them to be responsible for a series of explosions and magnetic activity caused by Gear that killed many of the wildlife on the mountain, his friends. Despite Shirou Gou telling him they are actually investigating the cause of these incidents, Shota does not believe them and attacks them again, holding his own against the three male Biomen as Jun Yabuki and Hikaru Katsuragi watch in amazement. Shota, who notices they can communicate with animals after a bird tells the team to check the other side of the mountain calls the wildlife so they can meet his friends, and Shirou ponders to himself if Shota might have Bio Particles in him.

He tries to tell them about the animals, but Shirou states they don't have time to deal with him, and they run off. He tells them to wait and grabs Jun, who twists Shota's arm and flips him, much to his own embarrassment. As the Biomen spy on Gear excavating on the mountain, Shota nearly gives up their position by yelling at them, though he is taken him down his mouth covered by Jun, although upon hearing an explosion, Shota realizes that Gear is responsible to the damage being done to the mountain, and runs to stop them. Despite Jun's attempt to hold him back, both her and Shota tumble down the mountain and are found by Gear.

Shota engages Mason and the Mechaclones, though all he does is hurt his hand, not realizing the Mechaclones are metal, and Jun saves him and transforms, shocking and amazing Shota, who hides as the Biomen take on Gear. During the fight, he asks Jun what her Biomen suit is made of, groping her chest as Jun yells at him to stop. He then cheers her on as he begins to fall in love with her.

Back at his cabin, he prepares a meal for team as he tells them he knew they weren't bad from the beginning, while treating Jun extra specially compared to the others. He formally introduces himself, stating he grew up on the mountain, and hates people who treats nature badly. He tells Jun it's his duty to protect the mountain, and Jun says that's amazing, to which he replies that she is amazing before making a kissing gesture to her. He then requests to join the Biomen, though Shingo states that not just anyone can join them. Shota argues that he held his own against the team as Shirou ponders if he really has Bio Particles in him.

When Biomen get a transmission telling them that the Magne Meteorites can mess with Biomic Brains, they run off and Shota tries to come with them, though he is brushed off. Determined to show his worth, he follows them and saves them from an illusory bridge caused by a Mechanclone, haughtily stating he is the sixth Bioman. Attempting to fight with the Biomen, he does his own roll call and copies the Bioman's attacks to no effect, and nearly gets hurt several times before Jun tells him to not be reckless. He saves the team from a Mechaclone by smashing a rock on its head.

Tired of his interruptions, Mason blows Shota off a cliff, calling him a burden, though he survives and finds the Bio Robo being beaten by the Magne Megas, leading him to drop a massive boulder onto the the mecha, knocking it down. Shota celebrates and calls himself the sixth Bioman again, as Shiro ponders if he really has Bio Particles again.

Nearby, Farrah states that Shota is perfect for the Magne Reinforcement Suit experiment. Ep. 35: The Sixth Man

Using the Bio Robo, the Biomen test Shota for Bio Particles, but find nothing and leave. While attempting to find Gear's hideout, Shota tells them he will help, and Jun pulls him aside, stating she does not wish for Shota to be in anymore danger and that he cannot become a Bioman. Angry and disillusioned after being called a nuisance, Shota is attacked by a disguised Farrah Cat, before an also disguised Farrah steps out, offering to help him become stronger. They lead him to Gear's base for working on Magne Meteorites, and give him two arms bands, telling him he will be able to transform and become stronger and cooler than the Biomen.

However this procedure transformed him into the Magne Warrior, a suit developed by Gear to use alongside the Magne Megas Neo Mecha Gigan as part of a scheme to create an army of warriors to assist in their cause. Realizing he had been tricked as Farrah and the others reveal themselves, he demands they let him free, but it was too late, and he is brainwashed and sent to attack the Biomen. Engaging and overpowering his would-be team, Farrah appears in the Magne Megas and reveals his identity, much to the team's shock. She takes control of him through a Magnet Beam, and he shoots them with his visor beams before Psygorn joins and attacks them as well, blowing them away.

Jun confronts Shota alone, who begins to beat her as she attempts to get through to him. Attempting to regain control of himself, Farrah tries to use the Magnet Beam on him before Jun used her Bio Arrow to remove the bands on his arms which powered the suit; once removed, the suit and the connection to Magne Megas was destroyed, and after some convincing from Jun, Shota once again fought using his own wild style to defeat Gear and remove them from his home. The two launch an assault on the Gear base, but are stopped by Psygorn until the other Biomen show up to help. Shota runs inside to blow up Gear's base, defeating several Mechaclones on his own before successfully blowing up the base, grabbing the Magne Meteorites before he left to join the others, though he threw them away to keep Psygorn away from him.

After defeating the Magne Megas, the team goes to meet Shota, who was in a white suit and putting up a sign saying "Shota and Jun's house" on his cabin, saying he was going to marry Jun and protect nature with her. Jun runs away with disgust, though Shota says he will always be waiting for her. 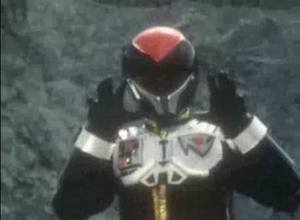 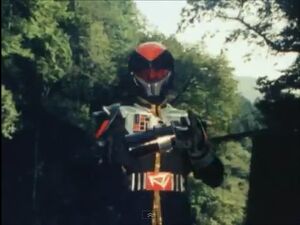 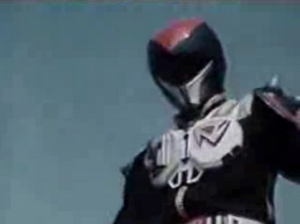 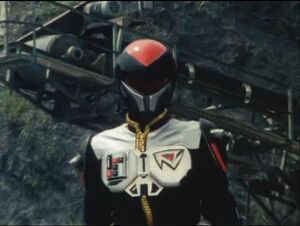 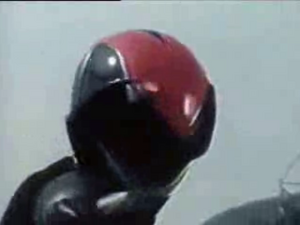 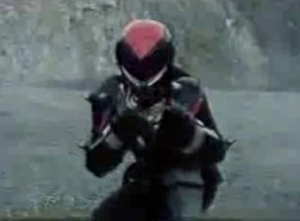 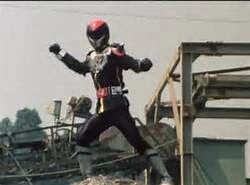