To stop Tetsuo from awakening Akira.

Shōtarō Kaneda (金田正太郎, Kaneda shōtarō) is the main protagonist of Akira (manga and anime). He is the leader of the biker gang called the Capsules and best friends with Tetsuo, but the friendship has ended after Tetsuo gained psychic abilities and abuses them. Kaneda has become invlove with a terrorist resistance alongside with Kei, who’s a member of the resistance and Kaneda’s love interest.

As a child, Kaneda lived in the same orphanage as Tetsuo, whom he befriended shortly after his arrival there. In their teens, they become members of a bike gang called The Capsules, of which Kaneda is the leader. During a chase with a rival gang, Tetsuo is severely wounded in a collision with Takashi, while Kaneda and the rest of the gang are arrested by Colonel Shikishima's men and taken in for questioning. While there, he meets Kei, a female resistance member whom he takes a liking to. He attempts to hit on her by following her around, which leads to him saving her life twice, even more so when he finds out, that Tetsuo has been kidnapped and they intend to free him for their own reason. When he discovers that Tetsuo has gone on a murderous rampage with his new-found psychic powers he cannot control, he makes it his mission to personally end him, both because he feels responsible for him as his friend and in vengeance for Yamagata's murder. He finds Tetsuo and provokes him into a brawl, which continues until the Espers awaken Akira, whose appearance destroys Neo-Tokyo. Kaneda is dragged into the field of energy teleporting Tetsuo away, but the Espers rescue him at their own cost. He holds the final remains of Tetsuo's physical presence, a small glowing orb, in his hands and says his last goodbye to his friend before riding into the city's ruins with Kei and Kaisuke.

Kaneda's futuristic motorcycle has become an iconic feature of the series. As the group's leader, Kaneda is entitled to have the most technologically and aesthetically advanced bike. It is a high performance red racing bike of unspecified make and model - though a badge closely resembling the BMW logo is visible on its left hand side in the movie. The bike also bears the logos of Canon Inc., the Citizen Watch Co., Shoei co. and Arai and the roundel for the U.S. Air Force. It has a reverse function, as well as a "ceramic double-rotor two-wheel disk drive."

A unknown person in Japan has officially made a real life replica of the bike that has every detail description and was made from scratch. 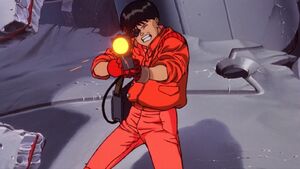 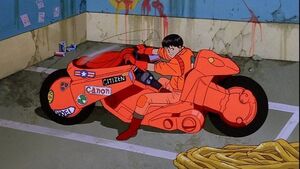 Kaneda in his bike 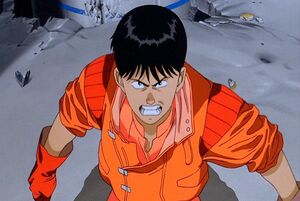 Kaneda enraged when he fails to attempt to shoot Tetsuo 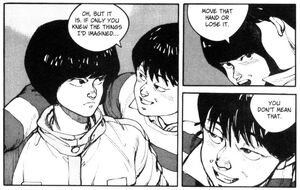 Kaneda is flirting with Kei when they first met. 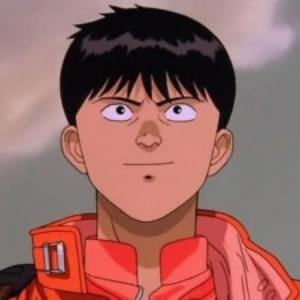 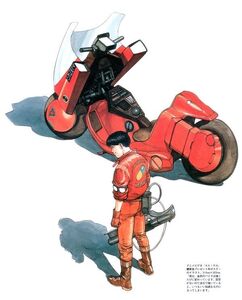 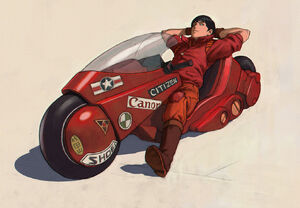 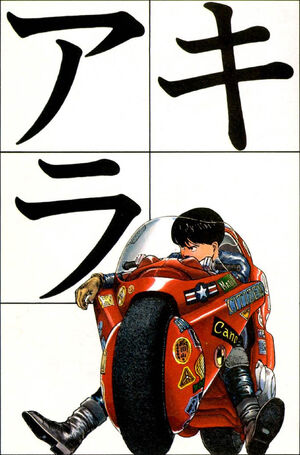 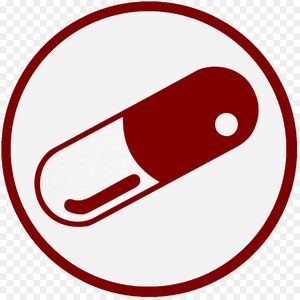 Retrieved from "https://hero.fandom.com/wiki/Shotaro_Kaneda?oldid=1690728"
Community content is available under CC-BY-SA unless otherwise noted.