Shoto Todoroki (轟焦凍) is one of the main protagonists and tetartagonist in the manga/anime series, My Hero Academia. He is a student at U.A. High School training to become a Pro Hero. He got into U.A. through official recommendations. He is also Midoriya's second best friend and rival.

During his match with Izuku Midoriya in the Sports Festival, Izuku's speech made the memory of his mother's supportive words resurface, and for the first time, he used his fire power in combat. After the battle, Shoto had mixed feelings about using his left side, but after reconciling with his mother, Shoto eventually came to terms with using his fire power. Despite being scarred by her when he was a young kid, Shoto showcases no hard feelings towards his mother. 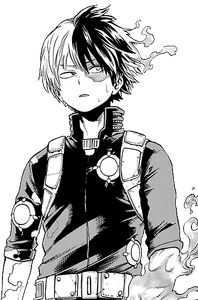 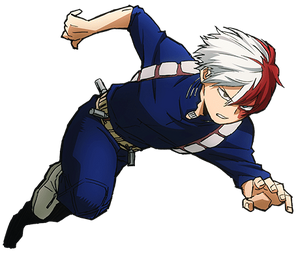 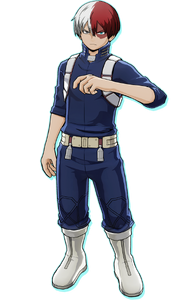 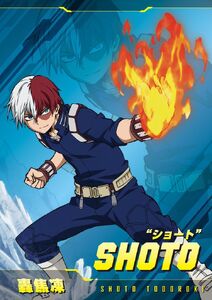 Shoto Todoroki Hero Card
Add a photo to this gallery

Retrieved from "https://hero.fandom.com/wiki/Shoto_Todoroki?oldid=1611259"
Community content is available under CC-BY-SA unless otherwise noted.