Adventuring across the land.

Defeat the Order of No Quarter (both succeeded).

The Order of No Quarter

Shovel Knight is the main protagonist of the critically acclaimed indie-game of the same name. His mission is to reach the Tower of Fate to save his fallen comrade, Shield Knight, and defeat The Order of No Quarter.

He was voiced by Komatsu Yutaro in Japanese and Sean Velasco in English.

Shovel Knight had once been a great champion along with Shield Knight; the pair was inseparable. However, on one adventure, they found a cursed amulet in the Tower of Fate. It trapped Shield Knight, kicking Shovel Knight out and sealing the tower.

Distraught over his loss, Shovel Knight abandoned his adventuring, and was seen to have worked on a farm. Meanwhile, other champions had been disappearing as well, and the Tower of Fate was unsealed, forbearing the appearance of a terrible villain called The Enchantress. She created a nefarious group named The Order of No Quarter, and sent them to claim areas not rightfully theirs. Shovel Knight, hearing of this foe, is presented with a huge quest. He has come back to this valley with two goals: to defeat the evil Enchantress and save his lost beloved. However, between Shovel Knight and his beloved stands the cadre of villainous knights. The Order has been dispatched to prevent Shovel Knight from reaching the Enchantress at any cost.

Defeating The Order and other challengers on his way, Shovel Knight arrived at the Tower of Fate to defeat the Enchantress, learning the fate of Shield Knight and fighting for the soul and allegiance of an old friend. He defeats her and catches his fallen companion, similar to his dreams. The cursed amulet shattered and released a great beast, but the pair work together to defeat it again. Before they have a chance to celebrate, the tower begins to crumble. Shovel Knight boldly shows the way out, but the dying sorceress manages to knock him unconscious in a last attempt to end him and Shield Knight.

Shovel Knight debuts in Super Smash Bros. Ultimate as a assist trophy, he also appears as a ace primary attack spirit that can be purchased on Timmy and Tommy's or scanning his amiibo. 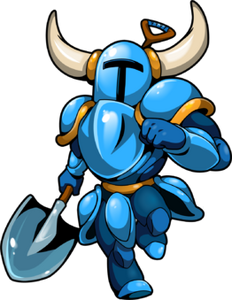 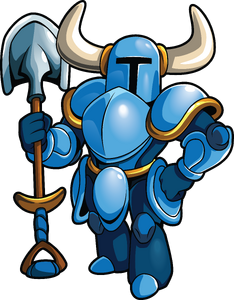 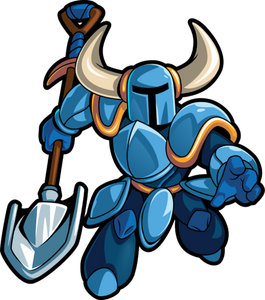 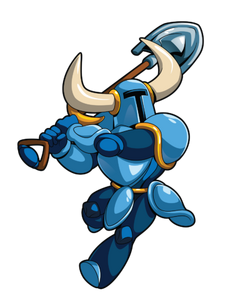 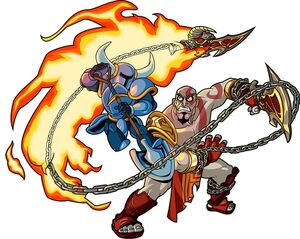 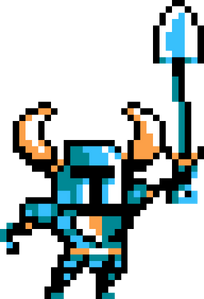 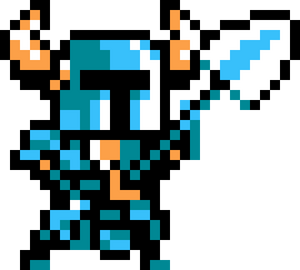 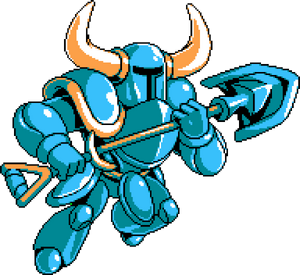 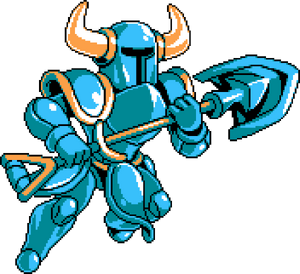 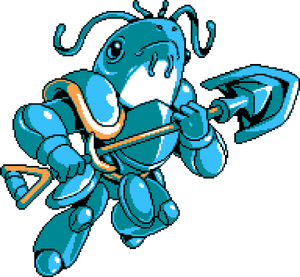 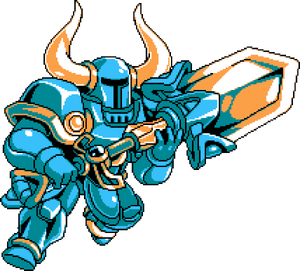 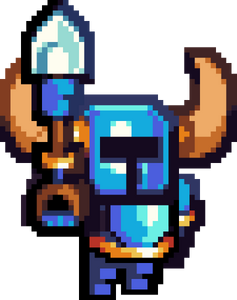 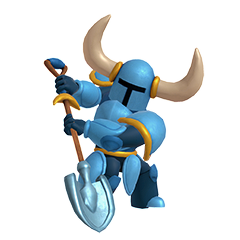 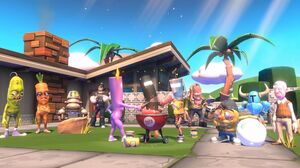 Shovel Knight as he appears in Runner 3. 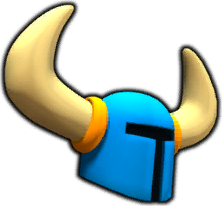