Lin
Batt
Rebels he leads
Those under his care

Souther and his Holy Army

Shu is the successor to the Nanto Hakuro Ken and one of the Nanto Roku Seiken. He carries the Jin-seito protect the new generation.

Years ago, when Shu was just Souther's second-in-command, Raoh took Kenshiro to unlock his potential in the Nanto Junin Kumite. When Shu defeated the young boy, he saw Ken's potential and instead gave up his eyes to protect the boy. It was then that Shu began seeing with his heart.

Following the nuclear war, Shu began a resistant movement against Souther. He meets the now adult Kenshiro and briefly fights him but decides to help in the fight against Souther's empire. The hakuro Ken user's son, Shiva set out and sacrificed himself to free the captured Ken. Soon, the resistance come under heavy attack by the Imperial army and the leader had to send Kenshiro away. Shu fought valiantly but was threatened that if Souther dies, the hostages die with the emperor. So, the emperor cut Shu's legs and he began to call for Ken's help! When he carried the Holy Cross Pyramid capstone to the top, Souther arranged for Shu to die at the summit of the pyramid. When Ken also reached the top, he saw Shu finally regaining his sight. After telling Ken his spirit will always be with him, Shu dies. His blood leaks out as the Jin-sei cries over the sorrow. 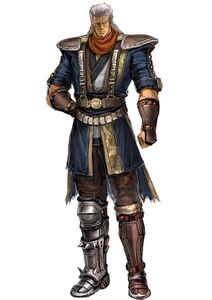 Add a photo to this gallery
Retrieved from "https://hero.fandom.com/wiki/Shu_(Fist_of_The_North_Star)?oldid=1764212"
Community content is available under CC-BY-SA unless otherwise noted.