Captain of the 8th Division (formerly)

Trickster
Shunsui Kyoraku is a supporting character in the anime/manga series Bleach. He is the former captain of the 8th Division of the Gotei 13 and the lifelong best friend and sworn brother of Jūshirō Ukitake. He become the Captain-Commander after the death of Genryūsai Shigekuni Yamamoto.

He is voiced by Akio Ōtsuka in the Japanese version of the anime and Steve Kramer in the English version, the latter of whom also voices Bang Shishigami and Matal Mogamett.

Shunsui Kyōraku is a tall, light-skinned Shinigami with high cheekbones, grey eyes and long wavy brown hair. His hair is tied in a long ponytail and has long bangs that frame the left side of his face. He also has a noticeable amount of body hair on his chest, feet, and arms. He wears a Sugegasa straw hat and a pink, flowered lady's kimono, which he drapes across his shoulders and over his captain's uniform. Although his haori and obi sash are cheap, his pin-wheel hairpins are very expensive. He does not wear tabi with his sandals. He has thin facial hair around his mouth and on his cheeks. Over a hundred years before Sōsuke Aizen's defection, Shunsui only had facial hair on his upper mouth. After the battle with the Wandenreich, Shunsui wears an eyepatch over his right eye that was damaged during the conflict. The top half of his right ear is sliced off at a slight tilt with a scar along his right temple.

As a child, Shunsui had shorter and messier hair. He wore a flower patterned kimono.

Shunsui is a laid-back and flamboyant man, evident in his style of dress and general attitude, and is usually smiling. In his off time, he often drinks sake in bars and naps. He likes steamed buns that go with sake, but dislikes powdered green tea. Other times, he likes to chase after women; particularly his lieutenant, Nanao Ise, whom he calls "my Nanao-chan" (Lil' Nanao in the English Dub) and his former lieutenant, Lisa Yadōmaru. Shunsui tends to use a more casual speech style than many other captains. He generally refers to his fellow captains and Shinigami by their first name followed by an honorific. He wrote a romance novel titled "Rose-colored Path", which runs in Seireitei Communication, but is very unpopular. Shunsui does not receive a single fan letter or gift for his birthday from his readers, but he is not bothered by this at all.

Shunsui is a peace-loving man who will always try to talk his way out of battles, though he does not wish to insult opponents by refusing to fight. He has a great distaste for fighting, telling Love Aikawa that "it doesn't matter whether you owe someone or they owe you; as soon as you start fighting, you are in the wrong either way." The slightly eccentric Shunsui also seems to like making an impression on opponents. Though Shunsui tries to talk his way out of a fight, he will fight when the situation demands it, such as in his battle with Coyote Starrk. When Starrk asked that they only pretend to fight, he declined the offer, though noted that he prefers to do the same. Shunsui maintains a level of honor and integrity when engaging in battle. He refuses to fight with children or even in the presence of a child. He also dislikes taking the life of innocent people, as he left Chad alive when Nanao offered to kill him. He always maintains a veil of respect for his opponent, is polite in combat situations and prefers to fight one on one. When fighting powerful opponents, like Starrk or Aizen, Shunsui rarely loses his cool, going as far as to make small talk and joke around with his opponents.

Despite being one of the strongest and oldest captains, Shunsui retains a level of humility and is not overly arrogant about his strength, acknowledging that Tōshirō Hitsugaya has the potential to become stronger than himself given enough time.

However, Shunsui also harbors a deep sense of guilt over the misfortune that has afflicted those close to him, such as the death of his brother and the execution of Nanao's mother, and considers it a burden too heavy for him to carry alone. 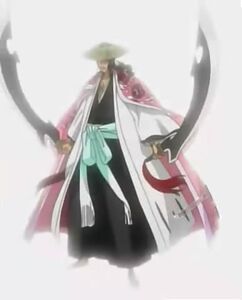 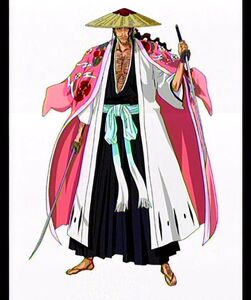 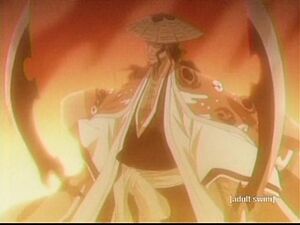 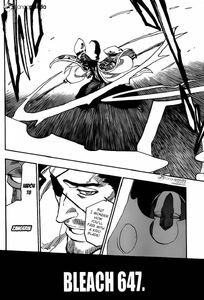 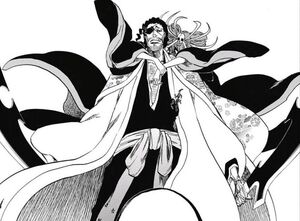 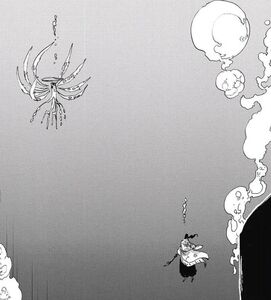 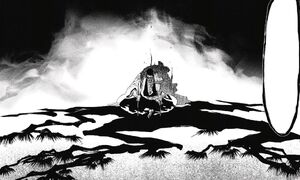 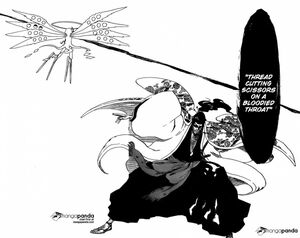 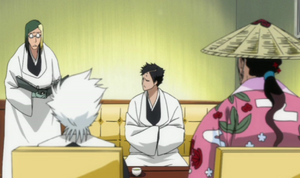 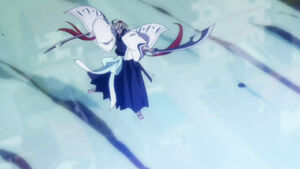 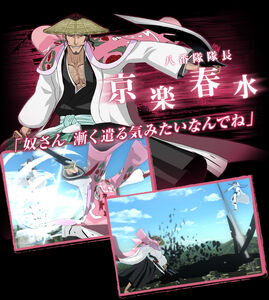 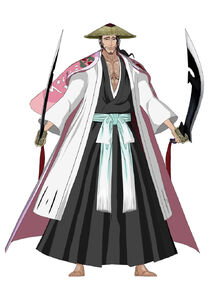 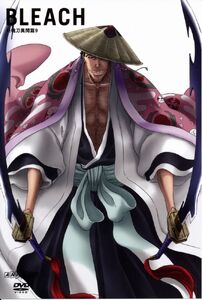 Retrieved from "https://hero.fandom.com/wiki/Shunsui_Kyoraku?oldid=2101128"
Community content is available under CC-BY-SA unless otherwise noted.