Shutaura Sequenzia is one of the two main heroines in the A Certain Magical Index movie, Miracle of Endymion. She is a Level 4 Esper and a member of the Black Crow Unit. She is under employment of Ladylee Tangleroad and tasked with protecting Arisa Meigo.

She is voiced by Yōko Hikasa in the Japanese version and Whitney Rodgers in the English version, both of whom also voice Artemis.

Shutaura is a fairly tall girl with a rather slim physique, long straight black hair, and black eyes. She is often seen wearing the uniform of the Black Crow Unit, which is a tight-fitting bodysuit with gray, white and red details.

Shutaura is a very serious person who rarely shows emotion, though she often lets her anger get the better of her. She is very practical and rather ruthless, using her powers and gadgets to accomplish a mission and going out of her way to try and kill Ladylee when she discovered she was the one responsible for the death of her father. Despite this ruthless attitude, she also has a strong sense of duty to protect the city, a trait that has charmed the members of the Black Crows to become loyal to her despite being hired by Ladylee.

Shutaura is tone deaf; as a result of the Orion incident, she has lost the ability to recognize music, with her brain being unable to recognize rhythms or changes in pitch. To her, music is nothing more than noise assaulting her ears. When Touma expresses sympathy for her because of this, Shutaura rejects it, claiming to be satisfied with the way she is.

Of course, Shutaura's most defining trait is her stubborn denial of the possibility of miracles. In the Orion incident, her father was the only person who was killed but, since his death was not reported until later, it was believed that everyone survived, which people called a miracle. As a result of this, Shutaura refuses to believe in miracles, to the point of lashing out at anyone who even mentions the word "miracle". She even goes so far as to say that people who believe in miracles are naive idiots who can't face reality. However, Touma points out that it's actually her who can't face reality, and that refusing to acknowledge the Orion incident as a miracle is an insult to her father's heroic sacrifice. This combined with Shutaura remembering the truth behind her father's death is what ultimately dissolves her cynicism.

Earth Palette is Shutaura's Level 4 ability. A rare ability, Shutaura can store and release explosive energy through the use of rare earth elements. When utilized in battle, rare earth cartridges or discs are shot from a gun, mobile weapons (mechs), or can be thrown. Although the mechs can essay discs, only Shutaura can force the discs to explode when her wires pierce them and she uses her ability, though she seems to only need this as to require a connection with them as she can activate them without the need of the wires.

Although flashy, an individual disc does not hold enough much energy when used. A testament to this is Touma still standing after being hit directly by several of them and only accrued burns (though they maybe because the discs were smaller compared to the one use by Shutaura's vehicles.) This maybe the reason why several of the discs are used in unison.

In the movie, Shutaura's eyes glow as a visual indication that she is using her ability. 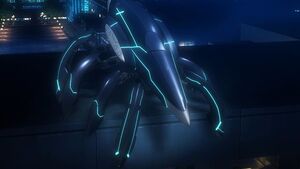 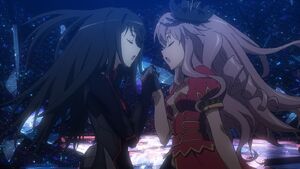 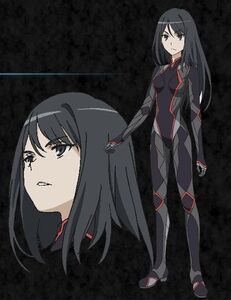 Add a photo to this gallery
Retrieved from "https://hero.fandom.com/wiki/Shutaura_Sequenzia?oldid=2196661"
Community content is available under CC-BY-SA unless otherwise noted.