Have adventures with his friends

Sidney "Sid" is the fictional character in the Hey Arnold! series. He is a friend of Arnold and one of Harold's best friends. He often tells urban legends, with or without the assistance of Gerald.

Sid wears a green baseball cap backwards, a black leather jacket, and white Beatle boots. His most noticeable feature is his long nose, which seemingly protrudes from his forehead.

Sid sometimes has a full head of hair, and other times it's all stringy.

Sid has paranoid tendencies and his most well-known characteristic is that he typically ends up in ridiculous situations, such as becoming severely mysophobic (which he became obsessed with cleanliness after learning about germs in his classroom). He also decided to devote his life to Arnold after Arnold saves his life, among other things. 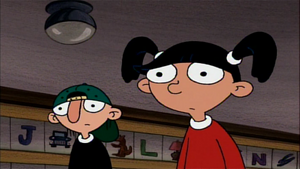 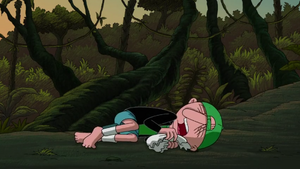 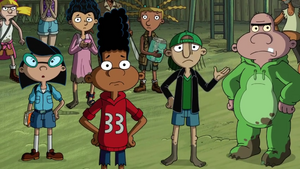 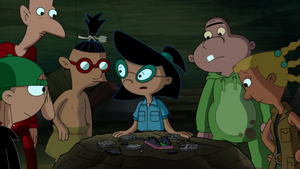