Sieg (ジーク Jīku) is an Imagin who is unofficially the fifth part of the Den-Liner crew, providing Ryotaro Nogami with Den-O's Wing Form.

Sieg arrived 6 months prior to Ryotaro becoming Den-O, originally intending to forge a contract with a young wealthy woman named Shiori Takayama. But she was pregnant and Sieg ended up inside the baby in a deep sleep until he emerges in physical form with no memory of the wish and believes that he forged a contract with the baby, Yusuke, instead of Shiori as he had planned. Sieg took his "brother" out of the strange area he found them in, only to meet Ryutaros who takes Sieg to the Den-Liner, where the Imagin got his own sleeping car with a lavish bed and Ryutaros helped fill it with stray puppies and kittens. After a series of events that clear Ryotaro of Yusuke's abduction, Sieg uses the human's body to reap the benefits of living with the Takayama family

However, because Yusuke's mind is too young to maintain his existence, Sieg begins to fade away, but not before becoming Den-O Wing Form to fight the Scorpion Imagin. After the Scorpion Imagin is defeated, Ryotaro returns with a Rider Ticket that he got from Shiori that bore the date June 1, 1997, revealing that Sieg did have a contract with her. He then remembers Shiori's wish for her baby to be born safely, fulfilling that contract. With the Den-Liner gang's help, Sieg arrives in the past to live peacefully. However, during the hijack of the Den-Liner, Sieg offers his aid to Ryotaro in the Tarōs' stead as only he could possess Ryotaro's body, deciding to repay his debt to Ryotaro for preventing his disappearance.

He battled the Cobra Imagin in the Edo period while befriending Kotaro. He would aid the Den-Liner gang two more times, aiding in Ryotaro getting stronger and later to assist Ryotaro and the others in defeating Kai's army of Imagin after being retrieved by Naomi. But due to his birth and time with Ryotaro creating a time lag, Sieg is able to maintain his existence as he takes leave in the Den-Liner.

In final episode, Naomi returns Sieg to the present for the latter for the final battle, where he protected Kohana, and he helped the Taros and Deneb defeat the Death Imagin.

During the events of "Final Countdown", Sieg greets the Den-Liner crew in May 23, 1729 as their contract, offering his help as Wing Form during the epic battle against the revived Imagin. Following a pattern of showing up when help is needed, he appears later to help in the battle of the returning Oni forces.

While in a contract with Shiori, Sieg gained a physical form based on the ballet Swan Lake (白鳥の湖, Hakuchō no Mizūmi), with "Swan" written on his breast plate, named after its character Prince Siegfried (ジークフリート王子, Jīkufurīto Ōji). Because of his princely mannerisms, Sieg becomes easily infuriated when treated with disrespect. During his first time on the Den-Liner, he demanded that the others call him "Prince" (プリンス, Purinsu) until he got hit by Hana, calling her "Princess" (姫, Hime) since as he called the Taros his "friends". After his return, Sieg refers to the Tarōs as either his "family" instead of his "friend" phrasing, or his "retainers".

Because he was "born" in 2007, Sieg possesses the unique ability of shrinking other Imagin to four inches in height for a bit of time with the phrase "Kneel down to me!" (頭が高い!, Zu ga takai!). In the Imagin Anime OVA, Sieg had an additional power "Super-Ultra Kneel down to me!" (スーパーウルトラ頭が高い!, Supā-Urutora Zu ga takai!) that allows him to shrink everything in sight, even an entire planet. 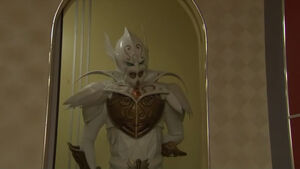 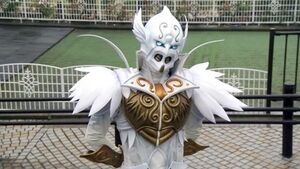 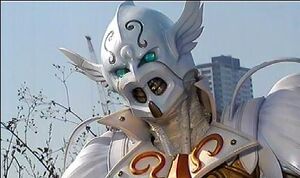 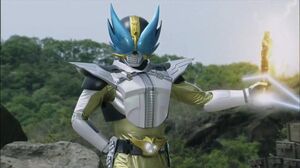 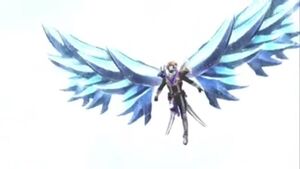 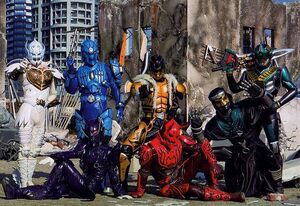 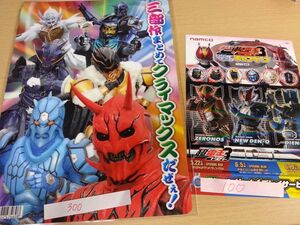 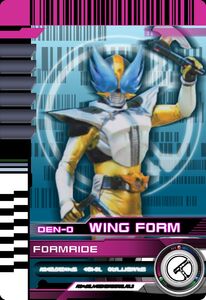 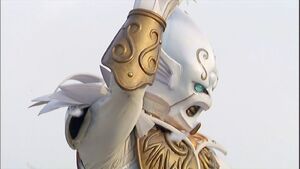 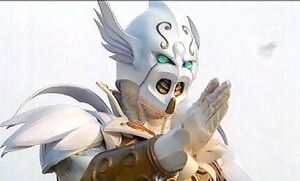 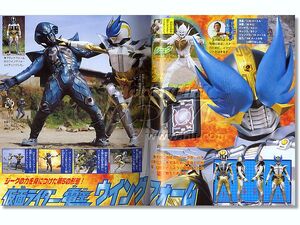