To Resurrect his father (Soul Edge).

Siegfried Schtauffen is the main protagonist of the Soulcalibur video game series. He is the well known seeker of vengeance, whose goal is to kill Nightmare. It is said that Nightmare was created by evil laying within Siegfried and the sins he committed. So the only way to really bring peace to the world was to kill Nightmare once and for all. It is shown in the games that Siegfried is very skilled with his big and heavy greatsword dubbed Requiem, but he also becomes a host for Soul Calibur later on. He is capable of twirling his sword around in a number of various tactical maneuvers and stances.

He is voiced by Roger Craig Smith, who also voices Chris Redfield, Ezio Auditore da Firenze, and Sonic the Hedgehog.

Siegfried is first introduced in the game as a young boy who eventually goes rogue and forms a mercenary group called the Schwarzwind, where he is the leader.  He leads them to raid on a small group of knights, which his group suceeds in elimating, however tragedy strikes when Seigfried raises the head of the enemy group's leader in the moonlight only to identify it as the head of his father.  Feeling guilty, Siegfried flees in depression and seeks to resurrect his father as a way to atone for his unholy deed by going on a search for the blade known as Soul Edge.  He eventually finds a castle inhabited by a noble who is rumored to wield the blade Siegfried searches for and after pleging  and showing loyalty to its owner, Siegfried kills the man in a moment of opportunity, only to learn that he does not have the blade.  Siegfried eventually finds Soul Edge on the rotting corpse of a dead pirate captain named Cervantes, but when he retrieves the blade, the cadaver animates to life and battles Siegfried.  The young knight eventually defeats the undead pirate and collects the blade.  Upon doing so, the boy was overwhemed by the spirit of the sword, who makes a deal with the boy saying for him to collect souls from individuals to make the sword stronger and in exchange, the spirit would ressurrect Siegfried's father.  Siegfried agrees, and then chaos breaks out.

Over the course of three years, Siegfried (who now goes by the alias as Nightmare) gathers a guild of followers cosisting of a golem named Astaroth, a lizard man knowed as Aeon Celoes, and a haughty alchemist named Isabella Valentine.  But in the minst of a ritual, the group is attacked by two warriors:  Kilik and Xianghua (who wields Soul Calibur in disguise ).  The two warriors defeat the group and exile Nightmare from the area.  After the defeat, Siegfried begins to have hallucinations accompaning the presence of the souls of the individuals Soul Edge had murdered under the guise of Siegfried.

Four years pass and Siegfried assumes the identity as Nightmare once more and returns to the castle he had search previously for Soul Edge and later overran.  There, he makes an attempt to restore the cursed sword Soul Edge to is former power once more.  His ritual is then interuppted by the french noble Raphael Sorel, would battles him in an attempt to retrieve the cursed sword.  Nightmare however overpowers him and just before he succeeds in restore Soul Edge back to full power, he is interuppted once more, but not from an outside force, but an inside force.  Siegfried's will broke free from Nightmare's influence and then engaged in a battle against the entity of Inferno.

The fourth installment starts off where the last game left off.  And Raphael with the last of his dying strength to finish off Nightmare.  He suceeds and manages to free Siegfried's will from the manipulation of Nightmare.

When it was all over, Siegfried thought back in a daze over what he had done. As he looked around, he sighted a sword that appeared along with the light. As if guided by something, he took the sword in his hand and drove it into the evil eye that was the core of Soul Edge. That sword was the holy sword Soul Calibur, which had been trapped by the power of the evil sword.

During this time, Soul Calibur and Soul Edge become intertwined into each other.  Siegfried soon pledges to destroy Soul Edge, kill Nightmare, and atone for his sins.  But little did he know that the Azure Knight was being resurrected by another man.

Eventually, Siegfried and the resurrected Azure Knight, who is now a separate entity meet again.  The man who ressurected the Azure Knight used his dark magic and broke the two swords from their embrace. Both Siegfried and Nightmare took their respective swords and clash, causing an explosion that almost costed both of them their lives.

This installent takes on a non-canon side to Siegfried's story, where he ultimately defeats Nightmare once and for all, and in the process, Soul Calibur begins to purify the world by crystllizing it (Siegfried included).  However, in Hilde 's ending, he pleads guilty in front of the princess and wishes her to finish him off, Hilde heeds his wish but before striking him with a fatal blow, she stops and ultimately forgives him for the sins he has commited, in doing so, Siegfried was spared, and his life took a turn for the better.

The sixth installent begins with Siegfried and Nightmare entering a brutal battle to the end.  In the end, Siegfried successfully defeats and ultimately kills Nightmare in the process.  In doing so, his goal seemed to be accomplished, so he abandoned Soul Calibur and went on to live a life of peace.

Seventeen years pass and then conflict arises once more when Nightmare seemingly returns with as a new host.  Siegfried reorganizes the guild he once was leader of, the Schwarzwind and recruits members to help combat Nightmare and his minions. 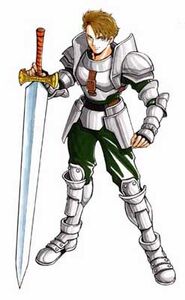 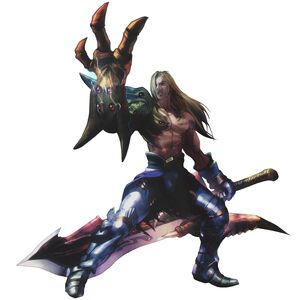 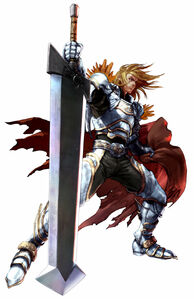 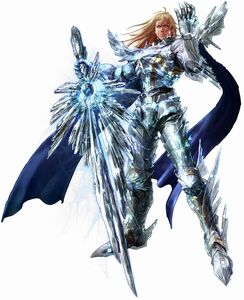 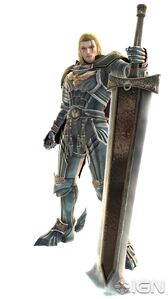 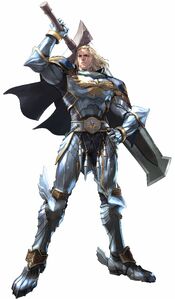 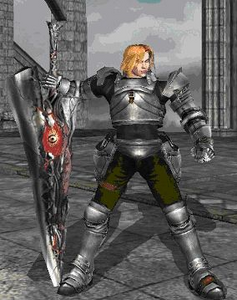 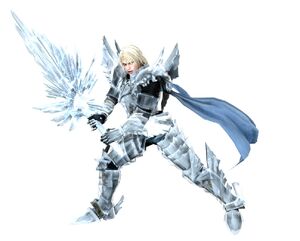 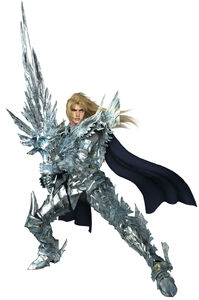 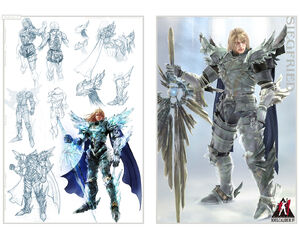 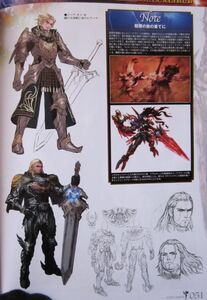 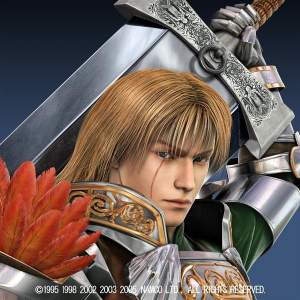 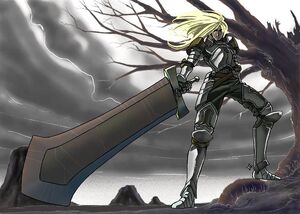 Retrieved from "https://hero.fandom.com/wiki/Siegfried_Schtauffen?oldid=1242322"
Community content is available under CC-BY-SA unless otherwise noted.