NOTE: This article is about the incarnation of Sif from the Marvel Cinematic film series. The mainstream version can be found here: Sif (Marvel).

To defeat Lorelei and return her to Asgard (both succeeded).

Sif, also known as Lady Sif, is a fictional character in the Marvel Cinematic Universe. She is a supporting character in Thor (2011) and Thor: The Dark World (2013). She also appears in two episodes of the television series Agents of S.H.I.E.L.D., a time loop version of herself in an episode of the Disney+ tv series Loki, and will return in Thor: Love and Thunder.

She is a feared Asgardian warrior and a good friend of Thor and the Warriors Three. When Thor almost provoked a war with the Frost Giants and ended up powerless on Earth, Sif and her friends disobeyed the orders of their new king Loki and went to Earth to save their friend. Thanks to them, Thor returned to Asgard and Loki's reign of terror ended.

Later, along with her friends, Sif bravely fought against the Marauders, an intergalactic ragtag band of pirates who pillaged the unprotected realms of the universe. After the Second Dark Elf Conflict, she was sent to Earth and successfully captured one of Asgard's most dangerous renegades, Lorelei. A year later, Sif returned to Earth again, this time to investigate the arrival of the Kree warrior Vin-Tak who was hunting down the Inhumans.

Sif was among the many who died when Thanos completed the Infinity Gauntlet and wiped out half the life in the universe. She was revived by Dr. Bruce Banner in 2023, as the Mad Titan was defeated by the Avengers.

She is portrayed by Jaimie Alexander, who also played Jane Doe in Blindspot.

In Thor: The Dark World - The Official Game, she was voiced by Sarah Natochenny, who also voiced Ash Ketchum in Pokémon, Aura Sentia in Yu-Gi-Oh! Arc-V, Tinker Bell in Peter Pan: The Quest for the Never Book, and Mowgli in the Jungle Book animated series.

Sif was the Norse Goddess of War, but her talents as a warrior weren't appreciated by others since she was a woman. However, this would change when her friend Thor praising her talents, which allowed her to be considered one of the greatest warrior of Asgard alongside the Warriors Three. Though Sif developed romantic feelings for Thor, she was also romantically involved with Haldor, who was later enthralled by Lorelei. Due to his enthrallment, Haldor would die, causing Sif and Lorelei to become bitter enemies. In addition, Sif was also an ally to Thor's adoptive brother Loki, who once pulled a prank by cutting off her hair. Sif confronted him, but the God of Mischief continued to his tricks on others.

Thousands of years after the war between Asgard and Jotunheim, Odin would give way as King to his son, Thor (very despite the discontent of Loki). However, the ceremony was interrupted by Frost Giants who wanted to retrieve the Casket of Ancient Winters. This intrusion, angered Thor who asked Sif and the Warriors Three accompany him to Jotunheim and put an end to the cold war between the two races. Sif and others traveled to Jotunheim, even though they thought it was a bad idea. Here, they fought against Jotuns, who quickly surpassed in number and power. Fortunately for them, they were saved by Odin.

She watched as the all father banished Thor and send him to Earth. Days later and after Odin fall in his sleep, Sif and her friends asked Loki forgive Thor and allowed him to return from his exile. Loki refused this request since for him that would be the wish of his father. As Loki refused, she and the Warriors three traveled Midgard, even though they knew that it could cause their banishment. Here, they revealed to Thor that his father was not dead, only sleeping, finding that Loki was behind all this.

When the Destroyer arrived, Sif bravely fought against the armor, but she quickly was overpowered by the machine. She had planned to die and have stories told of her sacrifice. But Thor convinced her to live and tell those stories herself. She witnessed how Thor sacrificed himself and so regain his powers. With the Destroyer defeated, Sif and the others return to Asgard.

Sif traveled with the other Asgardians to Vanaheim to stop the Marauders, who were causing a great damage around the Nine Realms. She and the others fiercely fight against Marauders. When Thor arrived, he easily defeated the Marauders. The Marauders then called their best warrior, Korg. Sif allowed Thor fight the monster alone. Thor defeated Korg with one blow and the battle ended. She and the other Asgardians returned to Asgard to celebrate the victory. Tired of the party, Thor decides to leave but he is interrupted by Sif. Sif told Thor that she knew he was visiting Heimdall only to know how Jane was.

After an attack by Malekith and his troops, Sif attended the mass funeral in honor of all the fallen soldiers in battle. The next day, she was summoned by Thor to devise a plan to prevent another attack from Malekith to Asgard. Thor then sent her to liberate Jane from Einherjar Guards and so take Jane to the Dark World and allow Malekith remove the Aether from her. Sif helped to free Jane from the guards. When Thor and Loki were preparing to go to Svartalfheim, she threatened Loki to kill him if it occurred to him to betray Thor.

After finishing the battle against the Dark Elves, Sif and Volstagg went to the Collector's Museum, to hand over the Aether because it is dangerous to have two Infinity Stones in one place. Sif warned Tivan that he must protect the Aether at all costs.

As a result of the attack of the Dark Elves, many prisoners of Asgard escaped including Lorelei, an Asgardian sorceress. Loki disguised as Odin sent Sif to capture Lorelei. Upon reaching Earth, Sif finds Coulson and his team, who decide to help her.

Meanwhile, Sif and Lorelei talking, it was revealed that Lorelei used her powers to seduce the lover of Sif. After many problems, Sif captures Lorelei and return to the dungeons of Asgard. Before leaving, Coulson asks Sif that she did not tell Thor that he is still alive, Sif accepts the request and return to Asgard to confine Lorelei for her crimes.

Sif was sent to Earth by Odin to stop a Kree who had gone to Midgard with unknown reasons. She fought fiercely against the Kree, however Vin-Tak used a device to erase her memory. Later, she met with a group of teenagers, one guy tried to seduce her, causing her to hit him. The police managed to stop her, with the promise that they would bring Kava to her. Coulson and his team arrived to Faro, Portugal; they told her that she and S.H.I.E.L.D. worked together in the past.

Sif, Coulson, and May walked around the place where she and Vin-Tak had fought earlier; Sif said she did not remember anything of what happened. When May asked her about what she remembered of Thor, she could give no account, but admitted that the name alone made her want to smile. Meanwhile, Skye and Bobbi Morse had an encounter with Vin-Tak. That night, they managed to capture him in Chaves. Sif demanded answers from the Kree; Vin-Tak told her that he used Truncheon to erase her memory so she would not interfere with his mission. He then used Truncheon to restore her memory.

Vin-Tak informed the Asgardian that he went to Earth to destroy all Kree experiments, called Inhumans. Suddenly the floor began to tremble, then Sif and Vin-Tak realized that Skye was one of those experiments. Sif pursued Skye and ordered May to hand over Skye. Cornered, Skye decided to shoot herself to prove that she was not a monster. Later, Sif took Vin-Tak and returned him to Hala.

Although Sif doesn't appear in Infinity War and Endgame, Kevin Feige confirmed that she fell victim to Thanos' fingersnap. Along with the other victims, she was revived in 2023 by Dr. Bruce Banner.

As she is the only female warrior in Asgard, Sif is very proud and always eager to prove herself. She is also the closest of friend with Thor and the Warriors Three, and she is an honorable warrior on the battlefield. She often is independent and uneasy in following orders. Sif is the first person to suspect Loki of treason following Thor's banishment, proving that she is very observant. 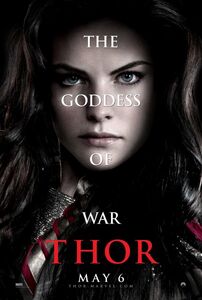 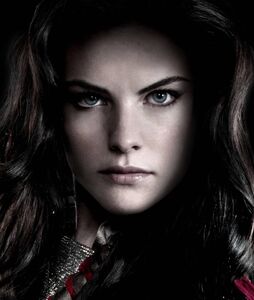 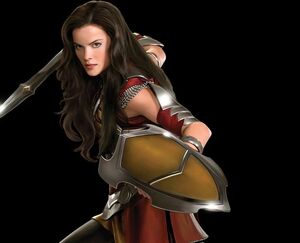 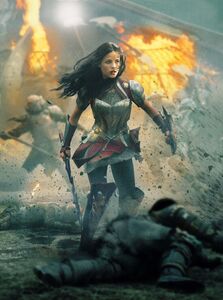 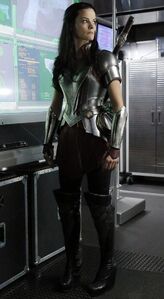 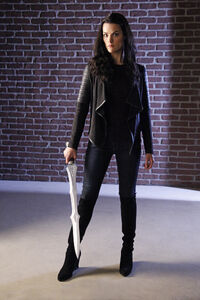 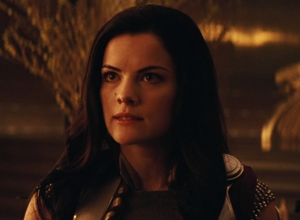 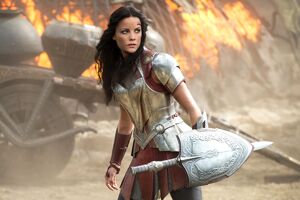 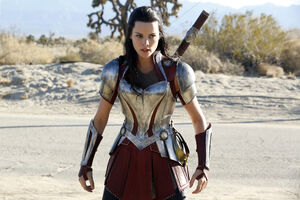 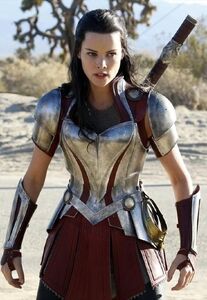