Get revenge on Henry Pollicut for killing his parents and making him speechless. (succeeded)
Avenge Pauline Middleton for her husband's death and defeat Loco (failed).

Silence is the main protagonist of the spaghetti western, The Great Silence, a mute gunslinger who seeks revenge against bounty hunters due to having his vocal cords cut as a child and and his parents murdered.

He was played by Jean-Louis Trintignant.

Henry Pollicut and two others bounty killers murder a man named Gordon and his wife. To prevent Gordon's son from giving them away, one of the killers slices the boy's throat, rendering him permanently mute.

Years later, Gordon's son, now going by the moniker "Silence", kills the killer who sliced his throat and killed his parents, and shoots Pollicut's thumbs, in order to preventing him from using a gun again. Silence operates on a principle whereby he provokes his enemies into drawing their weapons first so he can kill them in self-defense with his Mauser C96. Pollicut becomes a corrupt Utah banker and judge of peace.

Years later, in 1898, a severe blizzard has swept the frontier, bringing privation to the town of Snow Hill. As a result, much of the community is forced to steal in order to survive. Pollicut, seeking to make a profit, places prices on the thieves' heads, attracting the attention of a bounty killer gang led by "Loco". As they prey on the outlaws, Silence works with the bandits and their allies to fight against the killers.

One of the outlaws, James Middleton, leaves the safety of the group to be with his wife, Pauline. James is subsequently killed by Loco when he takes Pauline hostage. Vengeful, Pauline writes to Silence, requesting him to kill Loco. Meanwhile, the newly-elected Governor, hoping to have order maintained before declaring an amnesty regarding the outlaws, assigns the righteous but bumbling soldier Gideon Burnett as the sheriff of Snow Hill. On his way, Burnett encounters the outlaws, who steal his horse for food. After getting lost in the snow, he finds a stagecoach travelling to Snow Hill, on which he meets Silence, and later, Loco. Upon arrival, Silence meets Pauline, who promises to raise his reward.

Pauline attempts to sell her house to Pollicut, who demands that she becomes his mistress – his reason for putting a bounty on her husband. Pauline bitterly refuses. Silence leaves for the town saloon, and attempts to provoke Loco into drawing. Instead, Loco savagely beats him before Silence fights back. Angered, Loco attempts to shoot him, but he is stopped by Burnett, who arrests him for attempted murder and prepares to take him to a prison in Tonopah. Before leaving, Burnett requests that the townspeople provide food for the outlaws. Meanwhile, Pauline becomes romantically and sexually involved with Silence while tending his wounds.

Burnett and Loco stop by a frozen lake to allow Loco to relieve himself, but he springs a trap, shooting the ice surrounding Burnett and leaving him to die in the freezing water. Loco rides to his hideout and convinces the rest of his gang to confront Silence. Determined to take Pauline by force, Pollicut attempts to rape her as his henchman, Martin, tortures Silence by burning his right hand. Silence overpowers Martin and kills Pollicut. Loco and his gang arrive to look for Silence, just as the outlaws appear at the edge of town to collect the provisions, having been previously advised to do so by Burnett. Deciding to use them to draw out Silence, the gang herds the bandits into the saloon and captures Pauline. Loco tells Pauline to have Silence duel with him – if Silence wins, the outlaws will be set free; if he wins, they will be killed.

Despite Pauline's pleas that the duel is a trap, Silence stands outside the saloon. A killer shoots his left hand, greatly impairing his speed and marksmanship. Loco then stands in the doorway, ready to face the weakened Silence. As Silence begins reaching for his Mauser, Loco reaches for his Colt Single Action Army – but as Silence draws, another wounding shot is fired. Loco fires at Silence's head, killing him. Distraught, Pauline attempts to shoot Loco herself, but swiftly dies as well. The bounty killers turn their guns on the outlaws, massacring the entire group. As Loco and his men prepare to collect their bounties, he takes Silence's Mauser from Pauline's hands. The killers ride out of Snow Hill into the morning sun. A title card explains that Loco's actions resulted in widespread public condemnation of bounty killing, and a memorial was erected in Snow Hill to honor those who died by his greed.

Silencio has a discreet, serious, cold and patient personality, but we also sometimes see generosity and compassion. 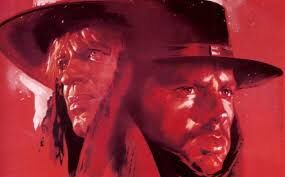 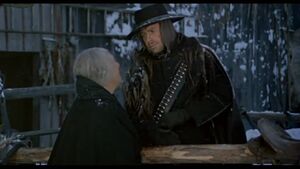 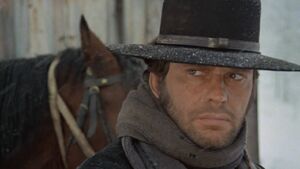 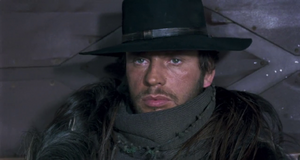 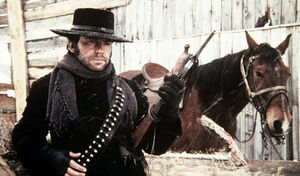