Complete his objectives under General Shepherd.
Take down Vladimir Makarov (failed, succeeded posthumously by his allies).

He was a British special forces operator who is is the second-in-command of Task Force 141, and is seen wearing dark red sunglasses and a skull-patterned balaclava along with headphones with a mic. Ghost was tasked with finding Vladimir Makarov after the terrorist leader enacted World War III via the Zahkhaev Airport massacre, but would be betrayed and killed by General Shepherd. His death would be avenged by Captain Price and Soap MacTavish, who then went on to end the war and later eliminate Makarov.

Simon Riley was born in Manchester, England to unnamed parents and a older brother named Tommy, who would often scare him when he slept. While working as an apprentice butcher, Simon saw the 9/11 attacks and joined the British military, and later became a member of the Special Air Service. He returned home in 2003, and refused to return to the military until he fixed his family, as his father was cheating on his mother, and Tommy began a drug addict. Simon managed to help Tommy break from his drug addiction, and made him marry a woman named Beth, as he kicked his father out of their home.

The first mission depicted in the series has a captured Special Ops soldier wearing a skull-patterned balaclava in a classroom filled with children of a Ukrainian school that has been taken over by terrorists (who threaten to kill one child each hour if their demands are not met). The soldier passes the time by telling a story of his friend, Simon "Ghost" Riley on a mission in Mexico. The SAS loaned "Ghost" to USSOCOM to bust a heroin cartel that has recently begun smuggling terrorists into the U.S. This mission takes place on the Mexican holiday, "Day of the Dead", when Riley and the others wear skull face-paint and skeleton costumes to blend in with the celebrating crowd at the party that the leader of the Heroin Cartel is throwing.

During Modern Warfare 2: Ghost #2 it is revealed that Ghost and his team are captured by the Mexican cartel, and during their captivity they endure continuous torture and brainwashing techniques in order to be used as hired guns for various criminal and terrorist groups. Throughout this ordeal the reader sees flashbacks of Riley's early life, from his childhood and how he had to endure an abusive fiend of a father.

To his early years in the SAS and how he, after coming back from his first tour of duty in Afghanistan on January 2003, takes care of his abused mother and helps clean up his drug-addicted younger brother named Tommy. In June 2006, Riley is seen as best man at his brother Tommy's wedding, who is now completely free of drugs. During these flashbacks, many of Riley's adversaries are by seen wearing "ghostly" makeup (presumably a hallucination of Riley) of similar style to that worn by participants in the Day of the Dead celebration.

Eventually, the USSOCOM members Sparks and Washington are able to escape, having learned that the Mexican cartel plan to kill them due to the fact they can not break them down, but are forced to leave Riley behind. Moments later, Riley is buried alive with the decaying corpse of Major Vernon.

At the start of Modern Warfare 2: Ghost #3, Riley digs himself out of the grave by using Vernon's lower jaw bone, which took him thirteen hours, and later found by a Texas sheriff. The story then jumps to December 18, 2010, Riley is being debriefed about his experience to his superiors. Physically Riley is fine, but his superiors fear that his mental state is still in question. Riley has nightmares every time he sleeps, with Roba haunting and taunting him. While spending Christmas with his family, Riley gets a surprise visit from Sparks.

While having a beer together at a local pub, Sparks and Riley rehash old times and their experience during those hellish months in Mexico. Sparks tells Riley that he and Washington are getting ready to deploy to Afghanistan. As they are walking back home Sparks approaches a young woman he previously saw at the pub and tries to sweet talk her into bed, the young woman is not impressed. Angrily, Sparks knocks the woman out, and orders Riley to help him get her inside her house so that they can rape her.

Riley secretly calls the police, and they arrive just before any harm could be done to the woman, forcing Riley and Sparks to retreat. Once they both arrive at Sparks' hotel room, Riley suspects that Sparks is up to something, and by the time he finally pieces the clues together, Sparks points a gun at Riley's head. Riley immediately disarms Sparks, and interrogates him. Sparks reveals that he and Washington have been working for Roba, showing that they had been successfully brainwashed, but before Riley could get any more information Washington arrives from a task and attempts to gun down Riley.

Riley escapes by jumping through Sparks' hotel window, slightly injuring his leg, and steals a cab to make his getaway. Remembering what Roba said about his family, Riley speeds towards his family's home and witnesses a shocking display. His mother; Tommy, Tommy's wife, Beth; and his nephew Joseph have all been executed, no doubt by Washington himself. In the end, Riley claims that he will kill them all: Sparks, Washington, Roba and his entire organization.

Ghost worked alongside Sandman, John Price, and "Soap" MacTavish on Operation Kingfish in 2013. This would have to mean that Price and Soap had met between the events of "Game Over" and "The Gulag".

Lt. Simon "Ghost" Riley is first seen in the level Takedown talking to Cpt. John "Soap" MacTavish via radio while they search for Alejandro Rojas's assistant. After John "Soap" MacTavish and Sgt. Gary "Roach" Sanderson begin pursuing the assistant, Ghost meets up with them at the Hotel Rio and joins the chase. Once the assistant is taken down by Roach, he is seen with MacTavish preparing to interrogate him. Ghost is then heard via radio for the rest of the mission as he attempts to pursue Rojas through the Favela. After the capture of Rojas, Ghost is heard requesting extraction from Command but to no avail. Ghost appears in the mission "The Hornet's Nest" with Task Force 141. He manages to escape with Captain MacTavish and Roach aboard Nikolai's helicopter.

Infiltration of the Russian Oil Rig and rescuing Prisoner 627

He then takes part in the infiltration of the Russian oil rig, which is being used as a makeshift SAM (Surface-to-Air-Missile) site in "The Only Easy Day...Was Yesterday" to rescue hostages. After clearing the oil rig, Ghost takes part in the operation to rescue Prisoner 627 from |a Russian gulag. He takes control of the gulag's security systems and guides Soap and Roach to the prisoner.

Infiltration of a Russian submarine base

Ghost also appears in the level Contingency, where he helps Captain Price infiltrate a Russian submarine base along with other Task Force 141 members. However, he is shocked when Price launches an ICBM at Washington D.C. where the Russian-American war rages on. Ghost contacted command of Code Black, the statement that a threat of a nuclear weapon has been launched and must be disposed of immediately. It is possible that he retracted this though after he learned of Price's intention.

The Search for Vladimir Makarov and Death

Ghost's final appearance is in the level "Loose Ends" where he leads a strike-team to search for Vladimir Makarov at his safehouse on the Georgian-Russian border. However, Makarov is nowhere to be found but the safehouse is loaded ("a bloody gold mine" as Ghost said) with intel. Ghost along with Roach, Ozone and Scarecrow with sniper support from Archer and Toad, protect the DSM while it downloads information regarding Makarov's operations. As the team head to the LZ set up by Shepherd, Ozone and Scarecrow are killed by enemy mortars and Roach is injured. Ghost manages to get Roach to the LZ but Roach and Ghost is betrayed by Shepherd who fatally shoots Roach and Ghost in the head/chest at point-blank range with a .44 Magnum before he could use his ACR. Ghost's body is then thrown into a ditch and set on fire along with Roach's.

In Call of Duty: Heroes, Ghost became a playable character in an update where he can purchased with a thousand Celerium.

Ghost appears as a playable operative in Call of Duty: Mobile, and as a supporting character in the Mobile comics. In the game, he guides the player through various tutorials. In the comics, he is a a member of the United Ant-Terrorism Coalition, a group was founded by Captain Price, and they act as a countermeasure to the Five Knights and later the Dark Covenant. In the comic, the Ghost character is the original, as his Jawbone costume given to him by Captain Price is purely cosmetic.

Ghost would soon come across Vladimir Makarov, who somehow survived being killed by Mace, and the latter explains each member of the Five Knights. When Makarov explains that the leader of the Five Knights is unknown unless he takes him in, Ghost agrees but the two are stopped by Templar. Ghost battles the operative until he is stabbed and left for dead by Templar, but Riley is recovered by Makarov, who gives his body to the Ghosts.

In the 2019 reboot of the Modern Warfare series, Ghost is mentioned at the end of the campaign by Captain Price. Price tells Kate Laswell that he's creating of team called Task Force 141, and Simon Riley is part of his recruitment, alongside Kyle "Gaz" Garrick and Johan "Soap" MacTavish. In addition, Laswell notes there's no picture for him, and Price simply replies "never."

He appears as a playable character for the Armistice and the Coalition for Modern Warfare's season two DLC. Towards the end of the season, Ghost works with "Alex" and later joins the task force to stop Victor Zahkaev. It's also assumed the character will appear in the sequel, and will be aiding Captain Price on missions since his recruitment into Task Force 141.

He is voiced by Jeff Leach, and by Samuel Roukin in the upcoming sequel Modern Warfare II. 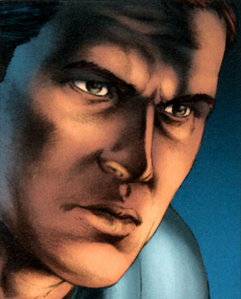 Ghost in the comics, without his mask. 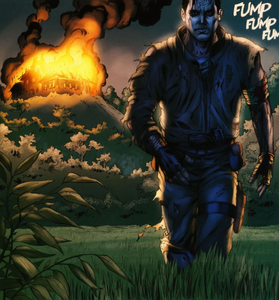 Ghost in the comics, having eliminated Manuel Roba. 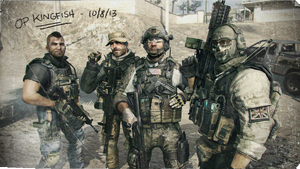 Ghost with Price, Soap and Sandman in the photo of them before participating in Operation Kingfish. 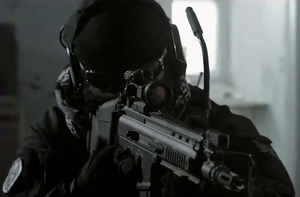 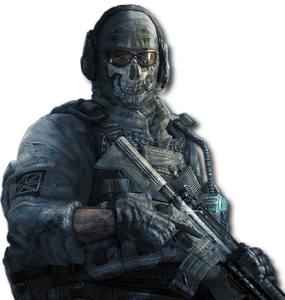 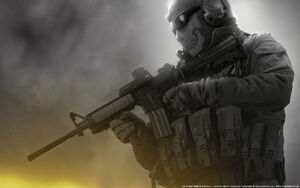 Ghost in the MW2 menu. 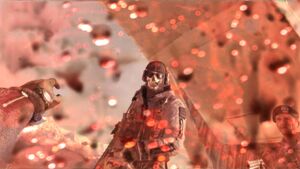 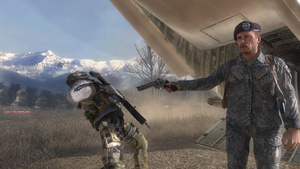 Ghost's death by the hands of Shepherd. 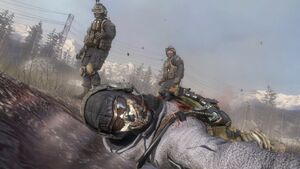 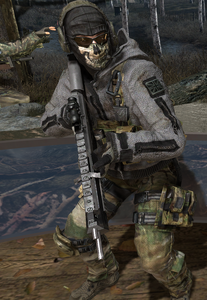 Ghost wielding an ACR in the museum. 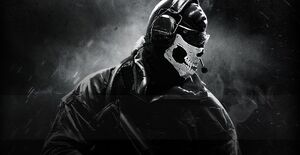 Ghost in Call of Duty: Online. 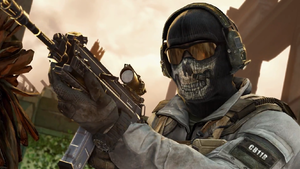 Ghost in the Call of Duty: Ghosts multiplayer. 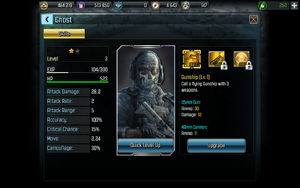 Ghost in Call of Duty: Heroes. 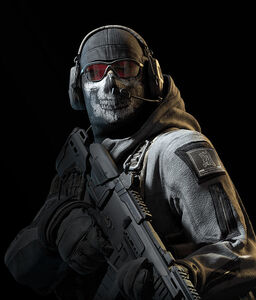 Ghost in Call of Duty: Mobile. 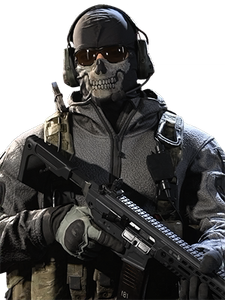 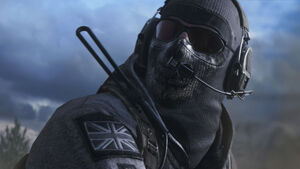 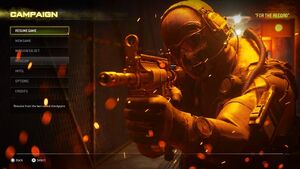 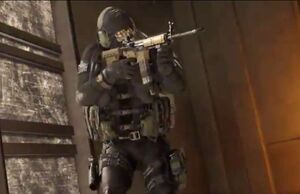 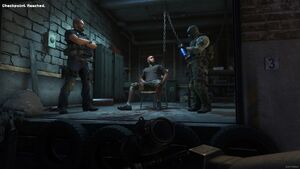 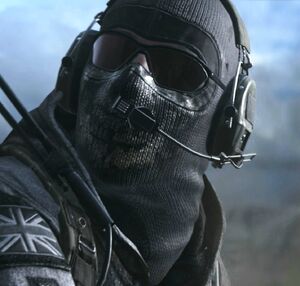 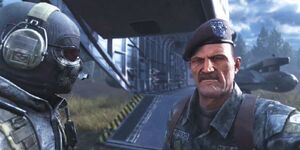 Ghost telling Shepherd that they got the DSM, moments before the general kills Roach (remastered). 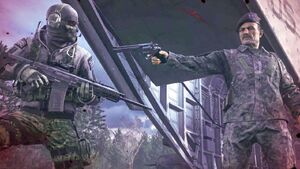 "No!" Ghost enraged at Roach's death, moments before being killed by Shepherd (remastered). 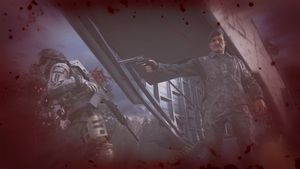 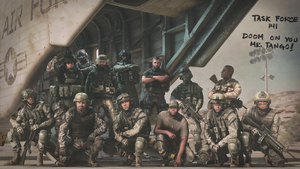 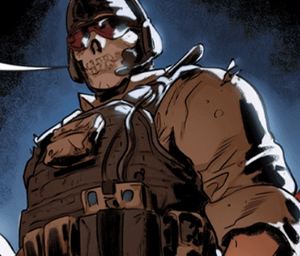 Ghost in the Call of Duty: Mobile comics.