Save Transylvania and fulfill his destiny as the savior (succeeded)

Simon Belmont is one of the main protagonists of the Castlevania series. Making his debut in the original Castlevania, he is a renowned vampire hunter from the 17th Century who belongs to a group of vampire hunters known as the Belmont Clan, a group of warriors tasked to defeat Count Dracula. He is armed with the sacred whip known as the Vampire Killer and various sub-weapons. He becomes synonymous with the franchise itself, often representing it in various media.

Simon grew up hearing the tales of his ancestors Trevor Belmont and Christopher about how they eventually vanquished Dracula. Simon himself often wondered if he could live up to their reputation.

At the age of 22, in the year of 1691, Simon was given the chance to prove himself as Dracula rose from the grave. Simon braved Dracula's Castle, also known as Demon Castle or Castlevania, with the ancestral Vampire Killer at hand, defeating his minions and eventually the Count himself. However, on his death, Dracula put a curse on Simon so the wounds he received during the battle will not heal.

One year after the defeat of Dracula, Simon was taken into a time rift by a man named Aeon, telling him to fight various people, including his ancestor Trevor, in order to confront Galamoth, who planned to destroy Dracula and destroy all timelines. After the task was done, Simon was returned to his time.

Six years later, in Castlevania II: Simon's Quest, the curse of Dracula began to take toll on Simon's life and he felt that he was going to die. A woman approached him and told him that to lift the curse, Simon must revive Dracula by gathering six of his body parts and performing the ritual on his fallen castle. Around this time, the curse of Dracula has spread throughout Transylvania, making monsters roam the area and causing several people to lose trust in Simon.

Despite the difficulties, Simon managed to gather the remnants of Dracula, revive him and kill him once again. His bravery in defeating Dracula finally earned him fame and he would be forever known as one of the greatest Vampire Hunters of the ages.

In the Castlevania: Lords of Shadow reboot, instead of being a distant descendant of Trevor, Simon is directly the son of Trevor, who was instead the son of Gabriel Belmont, who ended up becoming Dracula in this continuity. When Trevor set off to defeat Dracula, he told his wife, Sypha Belmont, to take Simon away in case he never returned. True to his words, Trevor never returned. Shortly after, Dracula sent a pack of werewolves to destroy many Brotherhood of Light members, and separated Simon from Sypha, who was promptly slain. Escaping to the mountains, Simon was raised by the people there, but still kept his desire to avenge his parents.

Eventually, he set off to his land of birth to confront his family's murderer, the one calling himself Dragon, Dracula. He was aided by the one claiming to be Dracula's son, Alucard, and eventually found out a terrible truth: That Alucard was Trevor, who failed to defeat Dracula and revived, and that Dracula was his grandfather Gabriel. Despite these, Simon's resolve to defeat Dracula prevailed and he became the first Belmont to defeat Dracula, if temporarily.

Simon Belmont as he appears on the first Castlevania game

Simon Belmont as he appears in Castlevania Chronicless Arrange Mode

Simon Belmont as seen on the front cover of Nintendo Power for Castlevania II: Simon's Quest

Simon Belmont as he appears in New International Track and Field

Simon Belmont lashing out his whip as he sets forth to vanquish Dracula... once again as seen on page 75 of Nintendo Power's Super Castlevania IV Issue

Simon as he appears in Super Smash Bros. Ultimate. 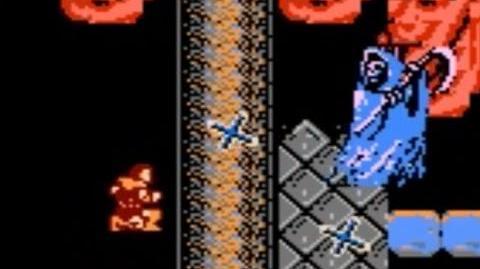 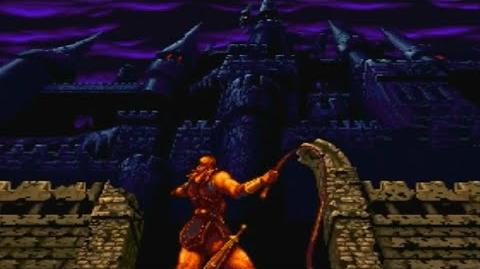 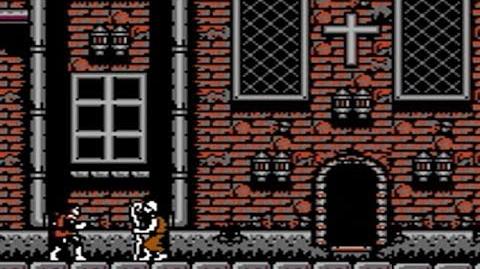 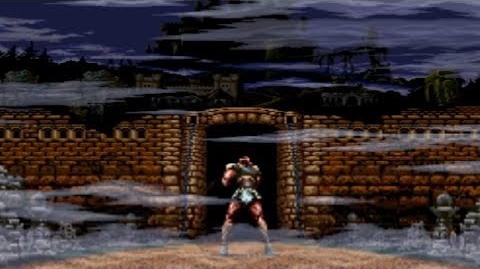