Simon Seville is the deuteragonist of the Alvin and the Chipmunks television series. He is the brains of the Chipmunks. He possesses an huge I.Q. just north of Einstein and is the middle (oldest in the 2015 CGI series) of the group. He is Alvin and Theodore's brother.

Many years ago, Simon was the second of the Chipmunks to be born somewhere in one of the forests in California. During a very cold winter since Simon and his brothers were babies, their mother Vinny was forced to leave them on Dave Seville's doorstep because they wouldn't survive the horrible winter when all of the inhabitants of the forest were forced to leave their homes because of the lack of food and went on a long journey to find warm place to stay for a while until spring comes. Eventually, the boys became famous rockstars over the years and had great talents in many things.

Simon is very smart, intelligent and wise beyond his years as he can invent any kind of gadgets and devices like; jetpacks, robots, car mobiles and many other inventions he can come up with. Simon is the voice of reason of the group. He does encourage others to do the right thing. He is also very mature and responsible. Despite this, Simon can get into squabbles with his brothers, especially Alvin. He sometimes thinks he knows better than Dave whenever he talks back to him (2015 series especially.) He can be sarcastic at times; as he has a dry sense of humour when it comes to jokes and other things. 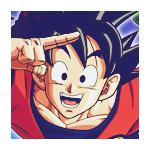