Sir 1023 is the tritagonist of Rudolph's Shiny New Year. He is a knight who helps Rudolph search for Happy, the Baby New Year in the Christmas special Rudolph's Shiny New Year. He is a very tall knight with a long beard that stretches out to his waist. His face is never shown and is very loud. He is called 1023 (ten two three) because he is the ruler of the island of the year 1023 in the Archiplaegos of Last Years. According to Father Time, his island is a medieval island and the home to all the Brothers Grimm fables including Cinderella, Snow White, Three Little Bears, etc.

In the special, Rudolph and O.M spend two days searching for Happy but no luck. When they arrived on 1023's island, he assists in helping the search. When Aeon the Terrible captures Happy, Sir 1023 goes with Rudolph and the others in the chase. The rescue team arrive on the island of 1776 and its ruler "Sev" assists in finding Happy again. They hear Aeon screeching and when they find Happy with him, 1023 screams out saying he will not give up and will search to the end. They reach Aeon's home towards the end of New Year's Eve and try to rescue Happy. However, they are seen by Aeon who starts an avalanche and traps the group in snowballs. Rudolph was the only one who escaped and he succeeded in rescuing Happy. Happy's big ears made Aeon laugh like never before and he releases 1023 and the others from the snowballs. Santa Claus arrives and brings them all back to Father Time's castle and Sir 1023 celebrates New Year's with his friends. He returned to his island as its ruler for eternity. 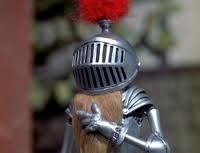 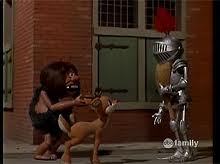