Head of the Royal Battalion

Saving the land of Gallowmere and the city of London from the forces of evil. (succeeded)

Sir Daniel Fortesque is the main protagonist of the MediEvil video game series.

Sir Fortesque once captured the attention of the King of Gallowmere with fabulous stories about slain dragons and vanquished legions. For his excellent storytelling, Sir Fortesque was knighted and put in charge of the Royal Battalion, a purely honorary position considering the kingdom's centuries of peace.

But one day, the evil sorcerer Zarok raised an army of mutant undead and Sir Fortesque was called upon to lead the King's army into battle.

Fortesque was slain in the opening seconds of the battle, the very first arrow piercing his left eye, though the King's army went on to triumph. Despondent over Fortesque's failure and concerned because of Zarok's disappearance, the King proclaimed that Fortesque had killed Zarok and lost his own life shortly after to give hope to the people of Gallowmere.

A hero's tomb was erected for Fortesque, who's soul was the laughing stock of other heroes since he was not admitted into the Hall of Heroes. But now, 100 years later, Zarok has returned and Fortesque's skeleton must rise up and redeem itself.

Sir Dan went on a brave quest through Gallowmere and faced many of Zarok's minions, including zombies, Boiler Guards, and Shadow Demons until he reached Zarok's palace. Zarok turned into a giant beast but Sir Dan managed to destroy him.

After escaping the crumbling castle, Sir Dan returned to his crypt with the help of a friendly dragon bird. His mission complete, he went back to his eternal rest and joined his fellow warriors in the Hall of Heroes.

500 years later in Victorian London, a man known as Lord Palethorn uses pages from Zarok's spellbook to cast the same incantation that Zarok did 5 centuries earlier. Once again, Dan is awakened from his rest, this time inside a museum in Kensington.

When he awakens, he almost immediately finds Winston, a ghost that died around the age of 10, who is in the service of the Professor, a mad scientist known for great gadgets such as the Time Machine and Princess Kiya, one of the 200 wives of Ramesses II, who becomes a love interest for Dan. Dan once again quests throughout the land to rid it of evil, battling many bizarre creatures, even traveling through time to defeat his enemies and right wrongs. He eventually corners Palethorn in Cathedral Spires, refusing his offer of power and restored humanity.

Palethorn retrieves the last page of the spell book and summons a titanic, monstrous blue demon. The demon turns on Palethorn after repeated attacks on it made by Dan however, and knocks his flying machine out of the sky, pinning Palethorn to the ground. The demon is then destroyed after the act and is sent back to hell. Palethorn then seemingly reveals his true intentions of using Zarok's spellbook, which turns out to be world domination anyway. Palethorn then drops a time bomb just as he dies in a last ditch effort to kill Dan. This causes the area to explode, but Dan and his friends escape safely. Then there are two destinies Dan has. 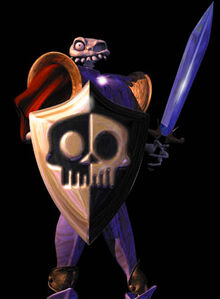 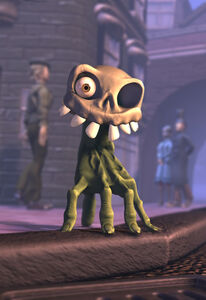 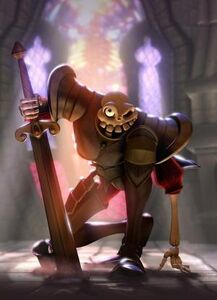 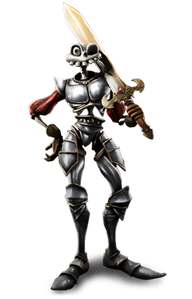 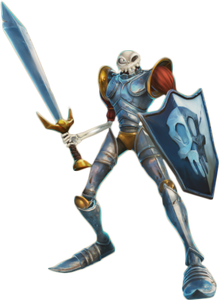