Defeat Sledge and his minions (Succeeded)

No information
Sir Ivan of Zandar is a knight from the 13th Century. Possesed the Gold Energem, he transform into Dino Charge Gold Ranger,the Sixth member of the Dino Charge Rangers.

Sir Ivan is a legendary knight of the small country of Zandar. Centuries ago while accompanying Prince Colin, he came across the Gold Energem. He then encountered a hooded figure who attacked both Ivan and the prince, revealing itself to be the monster Fury. As Fury and Ivan crossed swords, the Gold Energem bonded with Ivan. As a last resort, Fury absorbed Ivan but lost the Gold Energem in the process. For centuries Ivan was trapped within the body of Fury as he searched for Energems.

In present time, with Sledge and the Dino Charge Rangers in a race to find the Energems, Fury managed to acquire the Ptera Charger, and with Wrench's aid acquired technology to charge it using Ivan, however only for short periods. With Fury tapping more and more into Ivan, Ivan grew strong enough to separate himself from his captor - fully aware that he already watched the Power Rangers in action during his imprisonment, and so can he, to become the Gold Ranger. He attempts to return the Gold Energem to Phillip, Zandar's current prince, but he refuses it, acknowledging that Ivan was chosen by the Energem.

While he is aware of the power of the Gold Ranger and the Pterazord, he has yet to adjust to life among modern humans- something Koda can relate to. Unable to see the Rangers in battle, he dismisses them. Ivan later finds people who he thinks are of courage and invites them to join him in his quest. However, once these recruits see what they're up against in the Vivix and monsters, they quickly run away, leaving only the Rangers at Ivan's side.

Ivan takes a job as the Dino Bite Cafe waiter at the Amber Beach Dinosaur Museum as part of his new life.

While finding the culprit whose graffitied the Museum's walls and trucks, Ivan found his look-alike named Zach, who turns out to be none other than his descendant.

When the Rangers return to the past to save Keeper and stop Sledge, Tyler manage to ambush Fury with a bomb into think he got five remaining Energems (Red, Purple, Graphite and Aqua) to kill him, thus undoing Ivan's fate from being captured by Fury in his time. Once all Sledge's army has been destroyed to the sun, both Ivan and Koda can now go back in their home time. End of Extinction

Ivan is a very gentle, kind soul who values honesty and loyalty above all else. He wields his magnificent sword with legendary skill and doesn't hesitate to use it for a noble cause. He's also an ace with a bow and arrow. Ivan behaves with great finesse and chivalry. He speaks with a British accent, and uses odd, antique phrases, continually clashing with today's culture. A example is when he calls Tyler or Riley by the honorific "Sir," or Shelby "My lady."

Ivan doesn't use gun like morphers, he pulls out his crossbow when he absolutely needs it and will do martial arts otherwise. 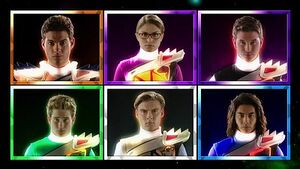 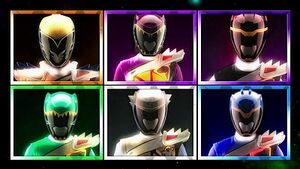 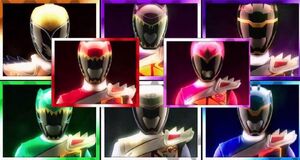 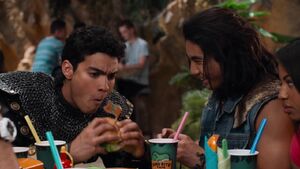