Mirai Sasaki, also known as Sir Nighteye, was a Pro Hero and Mirio Togata's mentor. He was also a former sidekick and was considered to be the brains of All Might. Sir Nighteye was renowned for being one of the most astute people in the world until his death after the raid on the Shie Hassaikai.

He is voiced by Shin'ichirō Miki in Japanese, and Brandon McInnis who also voiced (Yuta Hibiki in SSSS.GRIDMAN, and Finral Roulacase in Black Clover) in English.

Mirai Sasaki was a pro hero who was once All Might's sidekick, though the two have since parted ways. Despite being quite strict and serious, he greatly valued laughter and humor. His Quirk, "Foresight", granted him vision of a person's entire future.

While appearing stern, straight-forward, and unkind, Sir Nighteye did in fact value humor upmost and made it vital that his sidekicks would show more of an upbeat side, as shown with him punishing Bubble Girl for failing to meet expectations. On top of this, he was also very admiring towards All Might, despite the two having fell out and shows to have a great amount of memorabilia and merchandise associated with the hero. He also scolded Midoriya at attempting an All Might impression, considering it to be lacklustre in comparison to the original.

Sir Nighteye also deeply feared using his Foresight Quirk on others in order to look on further into their futures, given his fear of having to witness somebody die and (initially) believing that whatever future he saw could not be altered. This fear came into fruition with believing that All Might would die a horrible death at the hands of All For One had he not chose to step down, which All Might of course did not. When Rock Lock even challenged him on his statements, Sir Nighteye came very close to losing his normal composure and sounded both nervous and afraid.

Mirai had a bad habit of being condescending towards those who fall under his expectations and was generally overly stern. He was particularly nasty towards Midoriya, mainly because he at first saw him as severely inadequate for receiving the One For All Quirk (likely to the young man's state of being Quirkless, as well as his general inexperience). Because of this, he took in Mirio Togata as his pupil, believing the young hero in training to be the more ideal choice.

However, during his last hours, he recognized that he was a victim of his own conceptions. He acknowledged Midoriya as someone who is worthy as a hero and capable of anything and is relieved that Midoriya forced the future to follow his will. As for Mirio, Nighteye comforted him by touching his hand to his student's face and admitting Mirio had become more to him than just the next vessel for One For All and was his favorite pupil and pride.

He resents that it was his own fault the future wouldn't change because he didn't have any faith that it would, and it took the combined willpower of everyone involved in Eri's rescue to cause a change in the future. He dies with a smile on his face and requesting all those that he is leaving behind to stay hopeful because that is what it will take to bring the world into a better tomorrow. 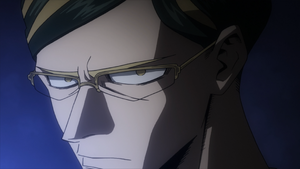 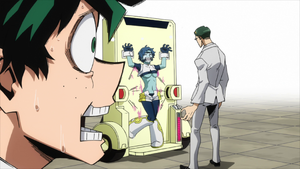 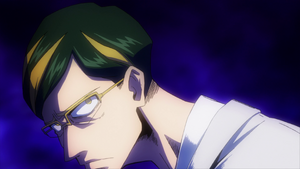 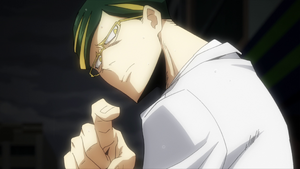 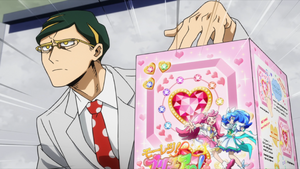 Sir Nighteye knows where Eri is thanks to a toy. 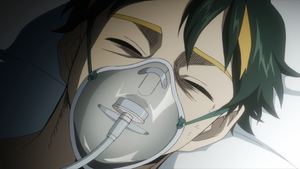