Wise One
The Conqueror (formerly)

Defeat the Skeksis and become one with UrGoh again

Wise Elemental
SkekGra the Conqueror was a Skeksis whose position previously entailed placing Thra's races under Skeksis rule, before being cast out and labeled the Heretic. His UrRu counterpart was UrGoh the Wanderer.

He was performed by Damian Farrell, with Andy Samberg providing his voice, the latter who also voiced Jonathan Loughran in the Hotel Transylvania films, Junior in Storks and Brent McHale in Cloudy with a Chance of Meatballs.

SkekGra used to be an intimidating and imposing warlord who took pleasure in slaughtering his enemies. Once banished and declared a heretic, skekGra became eccentric and erratic, becoming good friends with his urRu counterpart, although he was impatient with urGoh's slow movements and speech. Becoming friendly towards Gelflings, skekGra realised their importance to Thra and, as such, was more than happy to help them, assuring them he was a fun Skeksis. However, he still believed Podlings to be a slave class, though he gradually warmed up to Hup. When alone with his urRu half, skekGra expressed despair over being half a soul and hoped that he and urGoh would rejoin should they die. While pleased to no longer be under SkekSo the Emperor's authority, skekGra was still sensitive when reminded of his species and past. SkekGra is now a wise and noble person after learning the error of his ways and hopes to fix his mistakes and becomes one of the Gelflings' greatest allies.

Following the Great Division, SkekGra was appointed as the Skeksis' conqueror some time after and started acquisition of Thra's land to be part of the thriving Skeksis Empire; at this point, he was considered the most dangerous and unforgiving of the Skeksis, using lies, cheating and direct violence as means to conquer. 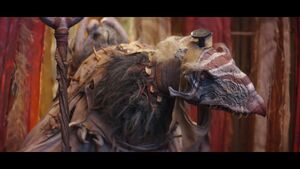 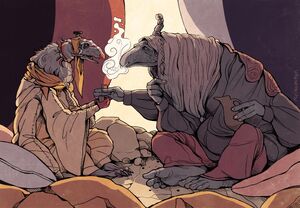 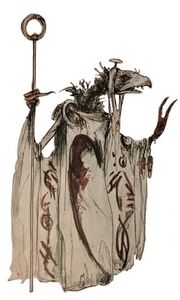