Destroy everyone and everything Oliver Queen holds dear (formerly)

Slade Wilson, otherwise known as Deathstroke, is a major character on The CW's live-action television series Arrow. He is a supporting anti-hero in seasons 1, 5, and 6, the main antagonist of season 2, and a minor antagonist in season 3.

He was portrayed by actor Manu Bennett.

In the flashbacks, unlike the DC comics character counterpart he was based on, Slade appears less cold and distant, but retains his appearance of an anti-hero. Slade is a man of honor and good morals, who puts up a tough act, but underneath is a caring individual, as shown by his rescue of Oliver from Edward Fyers and Billy Wintergreen, even after stating that he'd leave the island if Oliver didn't return in time. Slade does not take well to traitors, which he shows by killing Billy Wintergreen, his friend and partner for many years until he betrayed Slade in exchange for his own life. Slade is very open about his opinions of people, frequently calling Oliver an idiot, and doesn't hide that he likes Shado, which she often smiles at. Slade only trusts and cares for people who have proven themselves trustworthy to him, as he trusts Oliver and Shado, but was less trusting of Sara Lance as they had barely known each other. Slade was also a realist but also open minded. Upon realizing Oliver was hopeless in helping him take down Edward Fyers, he decided to perform a coup de grace on Oliver to spare him any suffering from facing Fyers, but also to prevent his location from being given up. However, upon realizing being on the brink of death began to awaken the warrior inside Oliver, Slade changed his mind about killing Oliver and decided to train him.

Slade's personality takes a turn for the worse after his injection with Mirakuru, which combined with his grief over the loss of Shado makes him impulsive, reckless, aggressive, violent, and bent on revenge against Ivo. Once he discovers Oliver's shared role in Shado's death he becomes completely hell bent on revenge against him which would stay for years after, tarnishing the brotherly bond they once had and making them bitter enemies.

In the present day Slade's anger and hatred has increased more to the point of full vendetta against Oliver upon learning of his survival on the island. Slade is intelligent, calculating, and patient; he waited 5 years to get/plan his revenge against Oliver. He is also overconfident and boastful of his Mirakuru powers and has no fear of Oliver because of them. These traits are well deserved as bullets do no harm to him and even getting cut to the bone doesn't affect him as it all heals back, though explosives and poisons can still harm him but only for a brief time. He is rarely caught off guard. Slade also has little tolerance for disobedience, failure and disloyalty, as multiple times he threatened to kill Sebastian Blood for his failures, eventually having him killed for betraying him. Due to the Mirakuru, Slade's sense of honor has become twisted, and when it comes to Oliver, he is cruel, sadistic and ruthless. He displays little emotion when killing innocent people. He also has developed a complete disregard for human life as watched amused as his army tore Starling City apart, his only regret being that Shado couldn't be there. He also holds little regard for his own allies as he cared little for his own men being cured, however Slade seems to be close to Isabel as he seemed desperate to have her revived by the Mirakuru. However Slade was still willing to abandon her to Oliver during the attack and it's unknown if he is aware of Isabel's death at Nyssa's hands or how he feels about it. Slade also suffers from hallucinations of Shado which have lasted from the past to present. Even when cured from the Mirakuru the physiological effects have still remained as he still vows to kill Oliver even when confined and defeated. Even a whole year later this vendetta still stayed when Oliver and Thea were trapped on the island with him. Though he had become less hostile and wasn't even phased by being imprisoned again and even gave advise to keep Thea away from Malcolm, but reminds him that he will break if he loses more people, hinting that he has regained some respect for his former protégé and former friend.

Even when Thea had him at gunpoint, Slade did not beg for his life, either he is not afraid of death, or he will never give his enemies the satisfaction of seeing him beg for his life, Slade even tried to goad Thea into killing him. 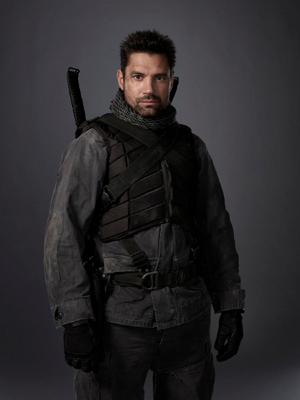 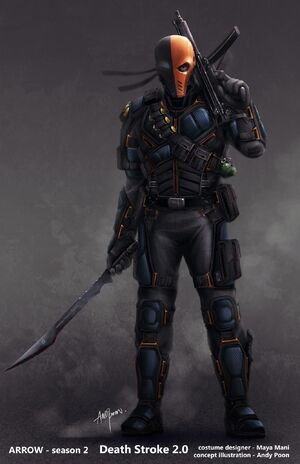 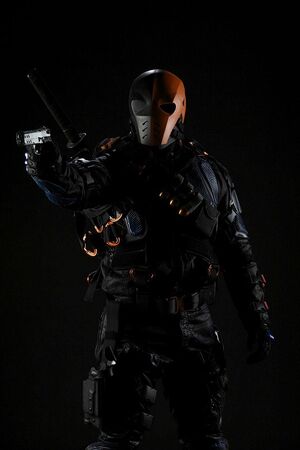 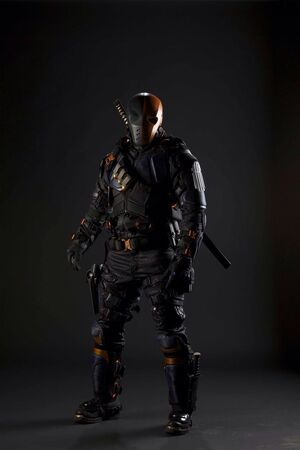 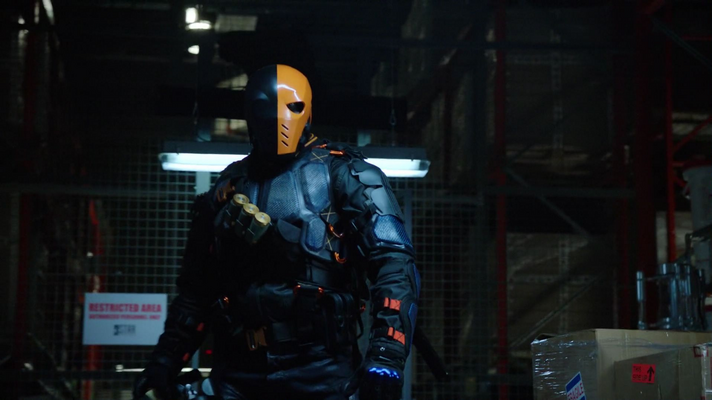 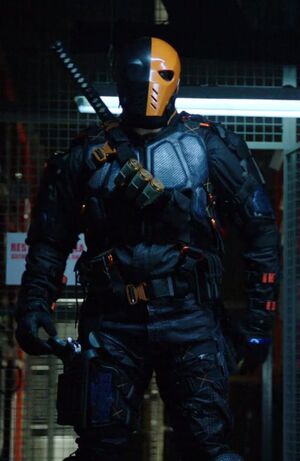 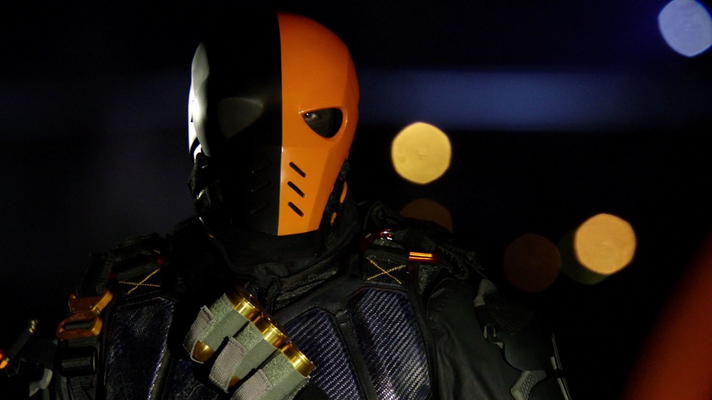 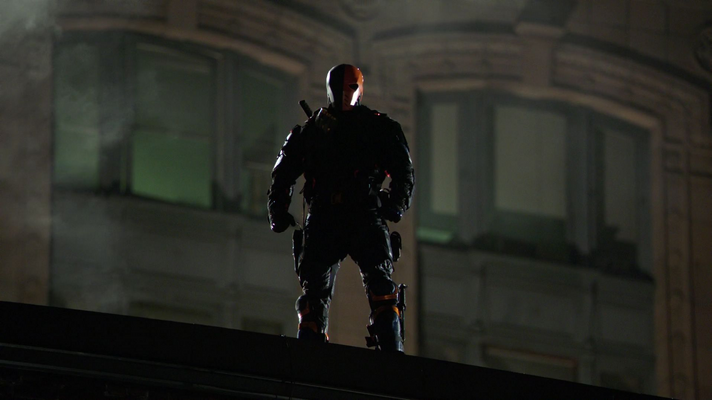 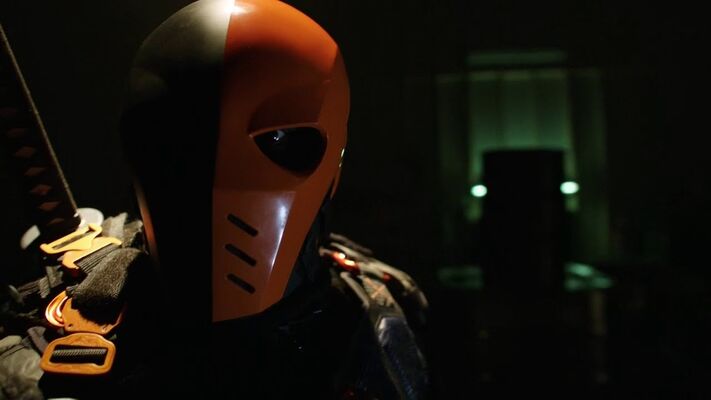 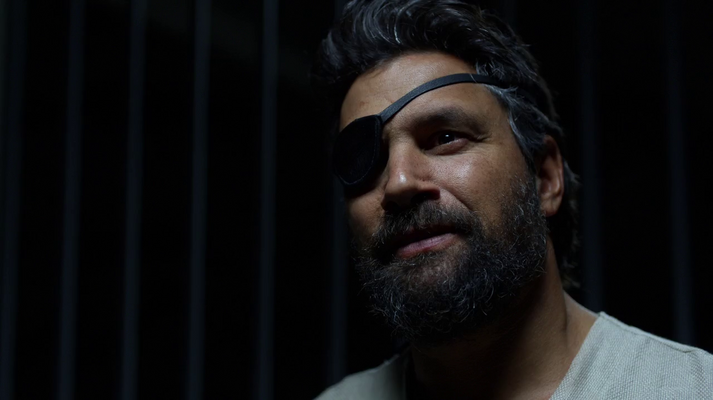 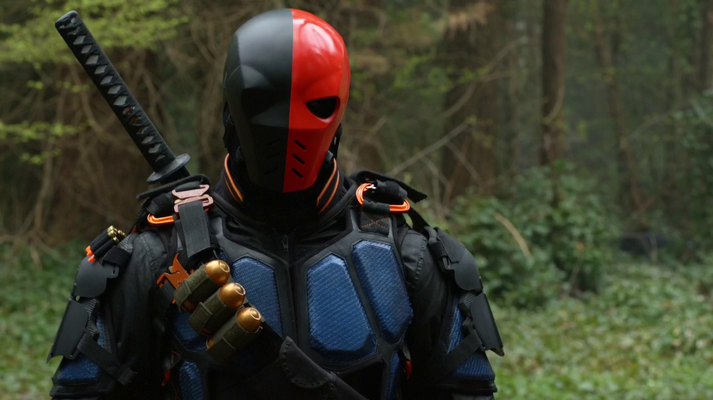 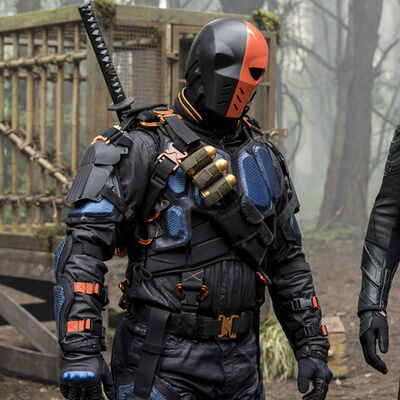 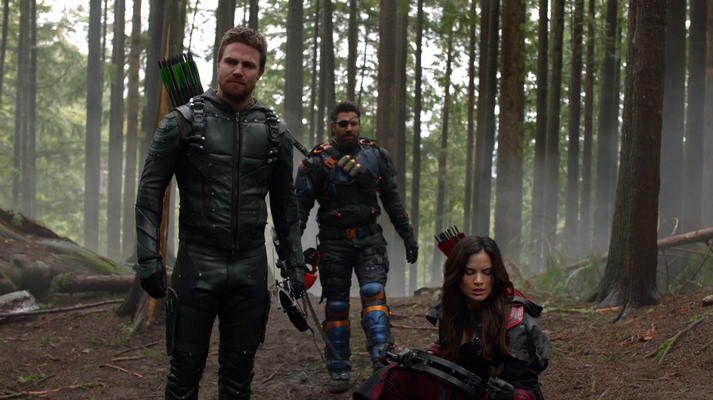 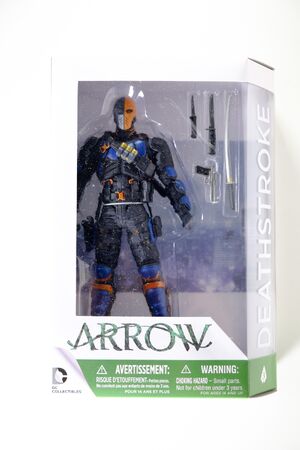 A DC Collectible action figure of Deathstroke from Arrow. 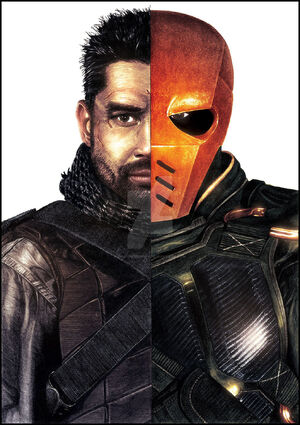 Fanart of Slade Wilson.
Add a photo to this gallery

Retrieved from "https://hero.fandom.com/wiki/Slade_Wilson_(Arrowverse)?oldid=1986269"
Community content is available under CC-BY-SA unless otherwise noted.