Snagglepuss is a Hanna-Barbera cartoon character created in 1959, a pink anthropomorphic mountain lion voiced by the late Daws Butler. He is best known for phrases such as "Exit, stage left!" Snagglepuss was originally known as "Snaggletooth" (a pink lion precursor). And he's voiced by Tom Kenny in 2001. By 2021, he´s voiced by Dana Snyder.

Butler's voice characterization is reminiscent of the more soft-spoken aspect of Bert Lahr's broad-ranging characterizations, specifically the Cowardly Lion in the 1939 MGM movie The Wizard of Oz. (Coincidentally, William Hanna and Joseph Barbera headed the MGM cartoon studio on the Tom and Jerry anthology before opening Hanna-Barbera Productions in 1957.)

Snagglepuss has three signature catchphrases. Before dashing off (whether to escape or for some other reason), he exclaims "Exit, stage left!" (or stage right, and sometimes even up or down), a phrase used in theatrical stage directions. Snagglepuss typically appends the adverbial focus particle "... even" to seemingly every phrase. His most famous is his perpetual exclamation, "Heavens to Murgatroyd!" - a line first uttered by Bert Lahr in the 1944 film Meet the People.

When the character of Snagglepuss was used for a series of Kellogg's cereal television commercials in the 1960s, Lahr filed a lawsuit, claiming that the similarity of the Snagglepuss voice to his own might cause viewers to falsely conclude that Lahr was endorsing the product. As part of the settlement, the disclaimer "Snagglepuss voice by Daws Butler" was required to appear on each commercial, thus making Butler one of the few voice artists to receive a screen credit in a TV commercial.

Snag in Yo Yogi. 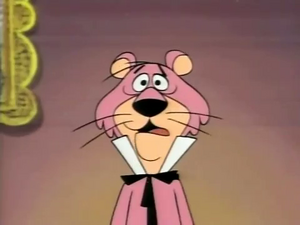 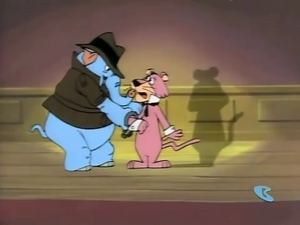 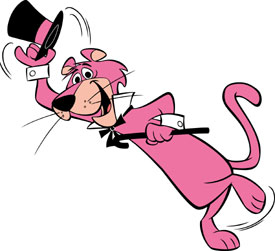 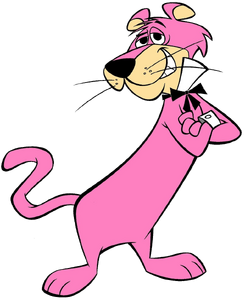 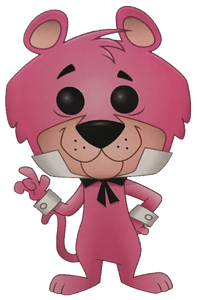 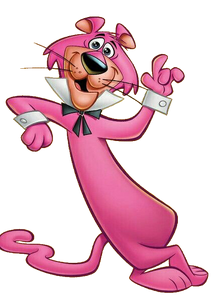