Stop and defeat Cobra Commander and his forces.

Seek revenge against Zartan (both succeeded).

Mysterious Ninja
Snake Eyes is one of the main characters in the G.I. Joe film series and the titular protagonist of the spin-off film of the same name.

He is portrayed by Ray Park, with Leo Howard portraying his younger self and Henry Golding portraying him in his titular upcoming spin-off film.

Snake Eyes is an abandoned 10-year-old child who found his way to the home of Arashikage Clan. He battles the young Thomas Arashikage (Storm Shadow), who attacks him for stealing food. However, the orphan's natural ability to fight impresses Thomas's uncle, the Hard Master, who gives Snake Eyes his name, while bringing him under his wing. While Snake Eyes would initially lose to Thomas, Snake Eyes eventually surpasses Thomas and gains the favor of the Hard Master, becoming recognized as Hard Master's top student. Angered at Hard Master choosing Snake Eyes over him, Thomas appears to kill the Hard Master off-screen and is then seen running off in midst of the chaos. Since then, Snake Eyes has chosen to take a vow of silence. Learning that Thomas, now known as Storm Shadow, is a member of Cobra, Snake Eyes fights him, before stabbing him and allowing him to fall into icy water at Cobra's Arctic base, leaving him for dead. Snake Eyes returns to The Pit with the surviving members of G.I. Joe.

Due to the fact that Snake-Eyes never spoke, he was very mysterious. However, he was clearly a man who kept his promises, and after his Master was killed, he took a Vow of Silence and communicated through hand gestures instead of words. Snake-Eyes had a fierce rivalry with Storm Shadow, which went all the way back to their childhood. Interestingly, Shadow once called Snake-Eyes "brother" despite the fact that they were not related. It's possible that the members of their Clan called each other brother, though this is unconfirmed.

Snake loved the Master of the Arashikage Clan like a father, and when he was killed, the young ninja was devastated. Apparently he hadn't spoken a single word since that day. Snake-Eyes also appeared to share a sibling-like relationship with Scarlett. The members of GI Joe often referred to him as "Snake". Storm Shadow once claimed to the Baroness that Snake never gave up.

Snake-Eyes is a master of ninjitsu and is probably the most skilled fighter and operative in the whole of GI Joe. He is a master swordsman, hand to hand combatant and marksman. He is highly proficient at wielding tonfas, Sai, Nunchaku and all kinds of blank weapons. He was also able to throw shurikens and other objects with lethal accuracy. He can use both traditional and modern weaponry during combat, switching effortlessly between swordplay and shooting.  Dual-wielding his sword and a gun, he could slice through multiple armed guards without any trouble. Snake was the only known person in GI Joe who was able to combat Storm Shadow as an equal. He is capable of performing amazing athletic feats as well as moving with great agility. At one point he even managed to fight Storm Shadow whilst gripping onto the side of their vehicle. 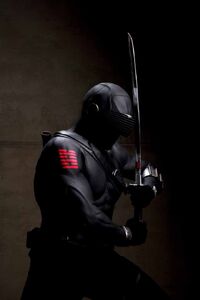 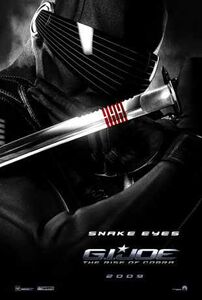 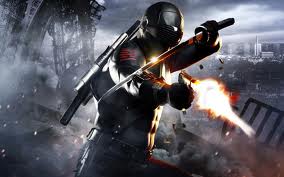 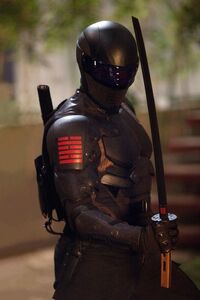 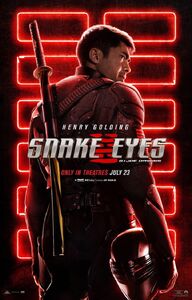