World War 1 Pilot (in his imagination)

Magic ( as shown in It's Magic, Charlie Brown)

To defeat the Red Baron (succeeded in Peanuts Movie)

Snoopy is the deuteragonist of the Peanuts franchise.

He is Charlie Brown's beagle who acts anthropomorphic, except he almost never wears anything except a collar, and he almost never speaks or sings (the exception of the latter two being You're a Good Man, Charlie Brown and Snoopy!!! The Musical, but in neither one's animated version does his mouth move to his dialogue because none of the human members hear him talk; however, the children do seem to hear him in the number "Just One Person" as Snoopy counts himself as the first, and then he is joined).

Snoopy and Woodstock friendship is similar to Garfield the cat and Odie's friendship.

He is a White Beagle Dog, With black ears and a Coller (Sometimes Red, Sometimes Black). His head also appears to be shaped like a peanut. 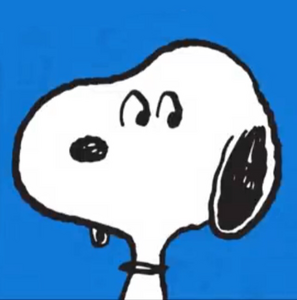 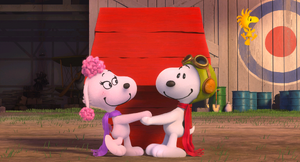 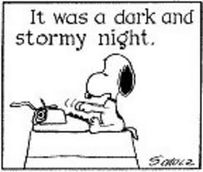 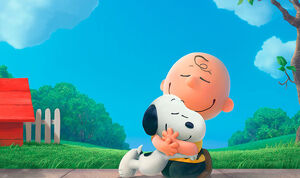 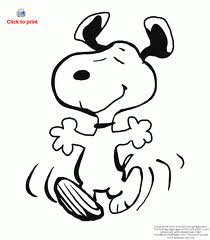 Retrieved from "https://hero.fandom.com/wiki/Snoopy?oldid=1784307"
Community content is available under CC-BY-SA unless otherwise noted.