Heroes Wiki
Register
Don't have an account?
Sign In
Advertisement
in: Outdated Articles, Male, How to Train Your Dragon Heroes,
and 47 more
English

Be the best dragon rider and shieldmaiden (ongoing).

Snotlout Gary Jorgenson is one of the two tritagonists (alongside Hookfang) of the How to Train Your Dragon franchise. In the books he is deceased while in the movies he's alive. He is 15 years old in the first film and 20 years old in the sequel.

Snotlout is Hiccup's cousin, but he definitely doesn't treat Hiccup that way. While this idea came from the book, they're more like rivals rather than relatives of the family. Throughout the movie series, he has an obvious crush on Astrid. He tries on several occasions to flirt with her through various means, such as by "impressing" her with his strength or "ability to block out the sun", though he fails each time.

When Hiccup teaches the Viking youths how to befriend Dragons, Snotlout seems to be the only one who is actually afraid, reaching for a spearhead before Astrid discourages him. Under Hiccup's tutelage, he successfully befriends a Monstrous Nightmare, which he flies during the battle with the Red Death, though he is knocked off and forced to attack its eyes head on (and is somewhat successful).

Although he would often taunt Hiccup over his lack of skill, he never seemed to hold the same level of dislike for him that he did in the books. When Hiccup starts doing well in Dragon Training, Snotlout quickly joins the ranks of his adoring fans. When Hiccup is shown to have survived his encounter with the Red Death, Snotlout actually sheds a tear in relief.

In this movie, Snotlout has apparently given up on Astrid, as she is officially with Hiccup, and started to hit on Ruffnut along with, for some weird reason, Fishlegs. He has grown up, looking more like his father, and seems to be a bit less arrogant and obnoxious. 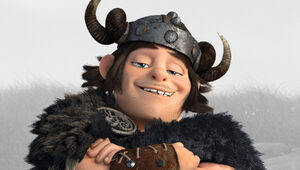 Snotlout in the second film. 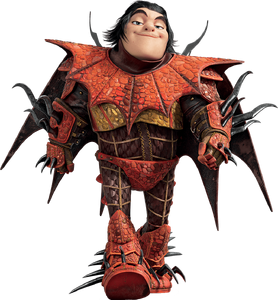 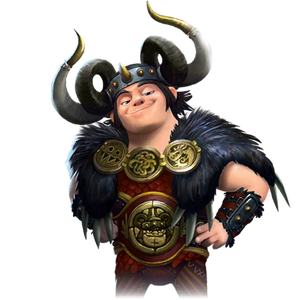 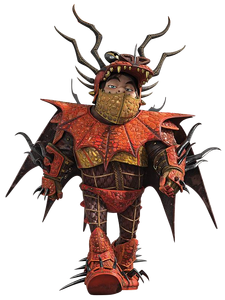